The Department of Defense inspector general's investigation into Rep. Ronny Jackson found that Jackson disparaged colleagues, improperly used sleeping pills and repeatedly drank on duty during his time as White House physician. Jackson served on the White House medical team from 2006-2019, and is currently a member of the U.S. House of Representatives from Texas. The Pentagon report, launched in 2018, examines allegations against Jackson going as far back as 2012. The review found that Jackson made "sexual and denigrating" comments about a female subordinate, violated the policy for drinking alcohol while on a presidential trip, and took prescription-strength sleeping medication. Former President Donald Trump nominated Jackson to be his Veterans Affairs secretary in 2018, but Jackson withdrew after allegations that he created a hostile work environment and drank on the job. On Tuesday Jackson denied the report, saying that it was "politically motivated" and that the inspector general "resurrected" old allegations against him because he refused to denounce Trump.

Outlets across the political spectrum covered the Pentagon report and Jackson's denial of the allegations. Coverage from left- and center-rated outlets detailed the claims against Jackson; some right-rated outlets highlighted claims that the report failed to substantiate. 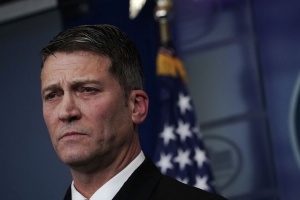 The Department of Defense inspector general has issued a scathing review of Rep. Ronny Jackson during his time serving as the top White House physician, concluding that he made "sexual and denigrating" comments about a female subordinate, violated the policy for drinking alcohol while on a presidential trip and took prescription-strength sleeping medication that prompted concerns from his colleagues about his ability to provide proper care.

The findings outlined in the report, which was obtained by CNN prior to its release on Wednesday, stem from a years-long IG investigation into... 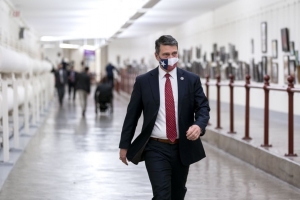 The White House physician to US presidents Barack Obama and Donald Trump has denied allegations that he drank on the job.

Ronny Jackson, a medical doctor and former US Navy admiral, dismissed findings of misconduct detailed in a Pentagon watchdog report.

"That is not me and what is alleged did not happen," Mr Jackson, now a pro-Trump congressman, said.

He said the report was politically motivated.

The Pentagon report summarised findings from a years-long review launched in 2018 and examines allegations against Mr Jackson from as far back as 2012.... 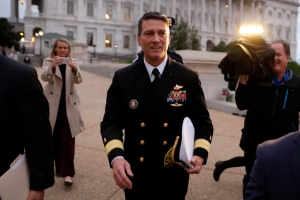 Rep. Ronny Jackson (R-TX), a rear admiral and doctor who worked as the White House physician from 2012 to 2018, first came under media fire when then-President Donald Trump nominated Jackson to head the Department of Veterans Affairs in 2018. Despite the fact that Jackson was seen as a competent and well-qualified doctor during the Obama administration, Trump’s nomination prompted numerous media reports accusing Jackson of inappropriate behavior during his time as White House physician.

The media onslaught ultimately forced Jackson to withdraw his name from consideration to lead the...

Joel Greenberg, A Former Associate Of Matt Gaetz, Pleaded Guilty To Sex Trafficking And Other...

A former associate of Florida Rep. Matt Gaetz, who is being investigated for possible violations of federal sex trafficking laws, has admitted to several...

Bachelor sex-offender Jeffrey Epstein gave Bill Gates advice on ending his marriage with Melinda after the Microsoft co-founder complained about her during a...

Bill Gates’ Divorce Is Airing Out All His Jeffrey Epstein Laundry

One name has repeatedly surfaced in the wake of the announcement that Bill and Melinda Gates are divorcing: Jeffrey Epstein. Bill Gates’ dealings with...

Gaetz associate signals he will plead guilty in federal case, a worrisome development for the...

A Florida politician who is central to the investigation into Rep. Matt Gaetz for possible sex trafficking of a minor signaled Thursday that he will plead...