Outgoing Kentucky Governor Matt Bevin (R) pardoned 428 criminals on Thursday, his last day in office, as first reported by the Louisville Courier-Journal. Bevin, who received a campaign endorsement from President Donald Trump before losing to new governor Andy Beshear (D) last month, argued in his pardon order that due process was infringed upon for some of the pardoned, including a convicted rapist; state prosecutors said they were not consulted on the decisions beforehand.

Reports focused mostly on specific crimes committed by some of the 428, and also on the fact that one of the pardoned raised money for Bevin in 2015. The majority of reporting on this topic is from left-leaning outlets. 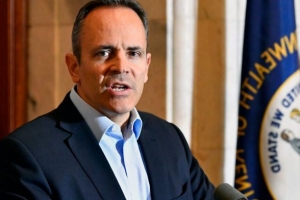 Former Kentucky Gov. Matt Bevin pardoned 428 people -- including some violent offenders -- between Election Day last month and the end of his term Tuesday, the state Secretary of State's Office said this week, prompting calls for an investigation by state officials.

Those pardoned by Bevin included a man convicted of reckless homicide, a convicted child rapist, a man who murdered his parents at age 16, and a woman who threw her newborn in the trash after giving birth in a flea market outhouse. Bevin wrote that the woman,... 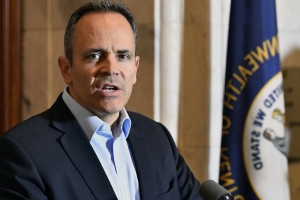 Former Kentucky Gov. Matt Bevin departed the governor's mansion three days ago, but the reverberations of some of his final actions are still being felt across the state.

Bevin, a Republican who narrowly lost a bid for a second term last month, issued pardons to hundreds of people, including convicted rapists, murderers and drug offenders.

In one case, Bevin pardoned a man whose whose family raised more than $20,000 to pay off money still owed from his 2015 gubernatorial campaign.

That list includes a man who killed his parents, another convicted of reckless homicide and a woman who threw her newborn in the trash, the Washington Post reported.
Dayton Jones, who was convicted after sexually assaulting a 15-year-old boy, was also pardoned according to Kentucky New Era.

Grace, Black Teen Jailed for Not Doing Her Online Coursework, Is Released

A Michigan teenager who has been detained since mid-May after not doing her online schoolwork was set free on Friday, after the Michigan Court of Appeals...

How Cops Can Secretly Track Your Phone

SINCE MAY, AS protesters around the country have marched against police brutality and in support of the Black Lives Matter movement, activists have spotted a...

The Marshall Project
Role of Government

A federal judge has ordered Connecticut courts to unseal all judicial records in cases transferred from juvenile court to criminal court, an important ruling...

The Reporters Committee for Freedom of the Press
Justice

Will The Reckoning Over Racist Names Include These Prisons?

Not long after an Alabama lawyer named John Darrington began buying up land in Southeast Texas, he sent enslaved people to work the soil. They harvested cotton...

The Marshall Project
Race and Racism

Where Does Joe Biden Actually Stand On Defunding The Police?

Former Vice President Joe Biden’s stance on police funding has become ambiguous after he recently indicated that he was willing to redirect money after...

A man who lost his leg in the 2013 Boston Marathon bombing ripped the decision of an appellate court Friday to toss the the death sentence and overturn three...

Tyler Perry Speaks Out in Support of Law Enforcement: ‘We Need More Police’

Film industry mogul Tyler Perry is weighing in on the calls for police reform while showing his support for law enforcement. During an interview on “...

The Department of Justice has arrested 18 rioters in Portland, Oregon. On Friday, Attorney General William Barr charged the 18 individuals with federal crimes...