The launches, a breach of U.N. resolutions, occurred as talks aimed at stripping North Korea of its nuclear program are stalled. Some reports noted that the launches show how North Korea, despite a severe economic crisis, has continued to develop weapons. 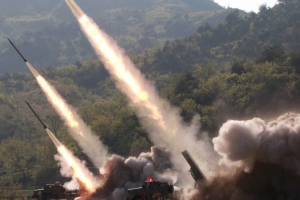 JCS said the missiles were launched from central North Korea and that South Korea, along with U.S. intelligence authorities, is currently analyzing more details about the launches.

Read full story
Some content from this outlet may be limited or behind a paywall.
See full media bias rating for The Epoch Times
From the Center
314
World
North Korea fires two ballistic missiles into East Sea, South says
BBC News 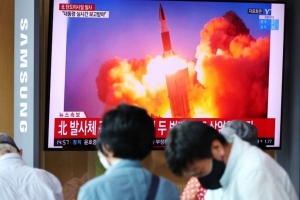 The tests, a breach of UN resolutions, came as South Korea and China held meetings in an effort to get the North to resume denuclearisation talks.

The launches show the North has continued to develop its weapons despite a severe economic crisis.

The test of the missile known as SLBM was pre-planned and not in reaction to... 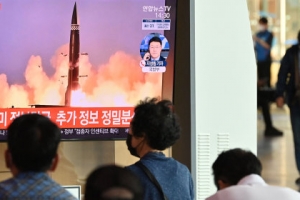 The rival launches intensified an arms race between the two countries amid stalled nuclear diplomacy with the United States and just two days after Pyongyang said it had tested a new cruise missile.

In his new book, Yale historian Samuel Moyn explores whether the push to make U.S. wars more “humane” by banning torture and limiting civilian casualties has...

In much of the world, economic policy is becoming tighter
ANALYSIS

INFLATION, IT IS often said, is a matter of too much money chasing too few goods. In many places that has been 2021 in a nutshell. Resurgent demand collided...

The Taliban have denied that one of their top leaders has been killed in a shootout with rivals, following rumours about internal splits in the movement nearly...

Rebeca Persson remembers clearly the afternoon in October 2018 when she and other Malmö residents first met with 10 young men – many from rival street gangs,...

The Taliban announced the members of its interim government Tuesday for the newly-formed “Islamic Emirate of Afghanistan” one week after the U.S. completed its...