In an interview with The Blaze's Glenn Beck on Friday, former United Nations ambassador Nikki Haley discussed the 2015 massacre by Dylan Roof of nine members of an African American church in Charleston, South Carolina. Then a governor of the state, Haley said the flag had represented "service, sacrifice, and heritage" for residents there until Roof, an avowed white supremacist, "hijacked" its meaning.

Ensuing coverage of the interview served as a case study in media bias, as some outlets seemed to take Haley's comments out of context, implying that she herself believed the flag represented service and sacrifice. Others failed to add that as governor at the time of the shooting, Haley had called for the removal of the Confederate flag from the Capitol grounds -- a decision she said on Sunday she still stands by. 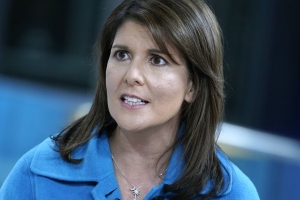 Former United Nations ambassador Nikki Haley said that shooter Dylann Roof hijacked the meaning of the Confederate flag when, in 2017, he attacked a historically black church in Charleston, S.C., in an interview with The Blaze. 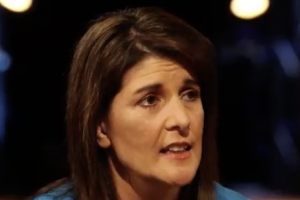 Former South Carolina governor and U.N. Ambassador Nikki Haley stepped in it on Friday afternoon after making the bizarre claim that the Confederate flag was a symbol of “service, and sacrifice, and heritage” until convicted murderer Dylann Roof “hijacked” it.

During an interview with conservative talk show host Glenn Beck, Haley stated, ““Here is this guy who comes out with this manifesto, holding the Confederate flag. And [he] had just hijacked everything that people thought of. We don’t have hateful people in South Carolina — there’s always the small minority,... 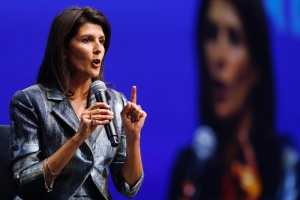 Former US Ambassador to the United Nations Nikki Haley is swatting down a report misrepresenting comments she made about the confederate flag.

She retweeted a criticism calling the misrepresentation "pure garbage."

The misrepresentation was set off by a tweet from an employee of "Media Matters," a left-wing news propaganda association.

Associated Press
Media Bias
Fake Trump video? How to spot deepfakes on Facebook and YouTube ahead of the presidential election