New U.S. jobless claims fell to a pandemic low last week as applications for state unemployment benefits dropped for the fourth consecutive week. The Labor Department reported that initial unemployment claims fell 29,000 to 348,000 last week, and that there were 10 million job openings. This trend seems to indicate that the economy is recovering as labor market conditions improve; it also suggests that market demand for workers is exceeding the number of Americans seeking work.

The fall in claims comes despite a nationwide rise in COVID-19 cases driven by the Delta variant. 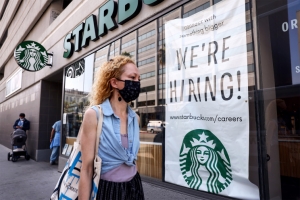 The number of Americans newly seeking jobless benefits fell last week to a fresh pandemic low as the labor market continued to recover — despite fresh concerns over the surge in COVID-19 cases driven by the Delta variant of the coronavirus, the feds said Thursday.

Initial filings for unemployment benefits, seen as a proxy for layoffs, reached 348,000 last week, down 29,000 from the prior week’s revised level of 377,000, according to data released Thursday by the Labor Department. 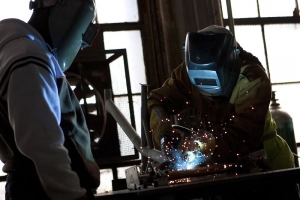 Applications for U.S. state unemployment benefits dropped for a fourth consecutive week, a trend that suggests labor market conditions are improving as the economy recovers.

Initial unemployment claims in regular state programs dropped 29,000 to 348,000 in the week ended Aug. 14, a pandemic low, Labor Department data showed Thursday. Economists in a Bloomberg survey had called for a decline to 364,000.

Continuing claims for state benefits fell to 2.8 million in the week ended Aug. 7, also the lowest since the pandemic began.

The decrease in initial claims points...

Read full story
Some content from this outlet may be limited or behind a paywall.
See full media bias rating for Bloomberg
From the Center
302
Economy and Jobs
U.S. weekly jobless claims fall to 17-month low
Reuters 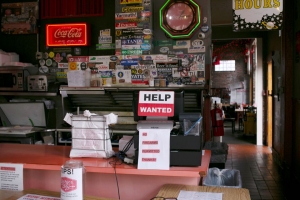 The number of Americans filing new claims for unemployment benefits fell to a 17-month low last week, pointing to another month of robust job growth, though surging COVID-19 infections pose a risk to the labor market recovery.

The weekly unemployment claims report from the Labor Department on Thursday, the most timely data on the economy's health, also showed the number of people on state jobless rolls dropped in early August to levels last seen in mid-March 2020, when the economy almost ground to a halt amid mandatory business closures aimed...