In a new book to be released on October 15th, journalist Ronan Farrow writes that NBC knew of several other sexual misconduct allegations involving disgraced Today Show anchor Matt Lauer prior to his November 2017 firing. Farrow writes of several non-disclosure agreements made by NBC with female staff members involving Lauer before Brooke Nevils' 2017 accusation that directly led to Lauer's firing on Nov. 29. NBC news maintains that it fired Lauer within 24 hours of Nevils' allegation, calling other details in "Catch and Kill" false. 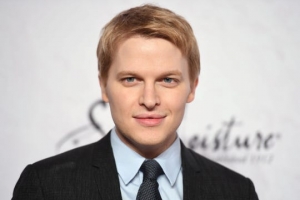 Farrow, on "Good Morning America," told George Stephanopoulos he stands by his book, which is out next week, despite Lauer calling the reporting in "Catch and Kill" false and defamatory. While on the morning show, Farrow also alleged there were previous accusations brought to NBC regarding Lauer's conduct, prior to the 2017 complaint that led to his ouster.

The author of a bombshell book making new sexual misconduct claims against television personality Matt Lauer said Friday morning that NBC had negotiated confidential settlements with a number of women, several of whom had complained about the former TODAY Show host, before his firing two years ago.

Former NBC staffer Brooke Nevils spoke to journalist Ronan Farrow for his book, “Catch and Kill,” which is slated to be released on Oct. 15 and details her account of Lauer raping her during the Winter Olympics in 2014, according to Variety. She... 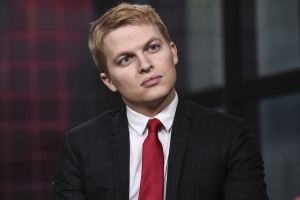 The claim is included in "Catch and Kill," an upcoming book by Farrow that documents his reporting on movie mogul Harvey Weinstein and other prominent men who are accused of attacking and harassing women. NBC News has not seen a copy of the book, slated to be released on Tuesday....

If Democrats hope to hold themselves up as principled defenders of survivors’ rights and fair process in the post-Kavanaugh era, they must establish a formal,...

As pressure built on Joe Biden to answer a sexual assault allegation made against him, the New York Times was accused of squelching a story to help the...

“Education Secretary Betsy DeVos on Wednesday issued a new policy that will reshape the way schools and universities respond to complaints of sexual misconduct...

The Flip Side
Sexual Misconduct

When Tarana Burke started the original Me Too movement in 2006, it was about the victims. It was about power in numbers and emboldening survivors of sexual...