The Media Predicts What's To Come in 2022

With 2021 now behind us, writers across the political spectrum have speculated on what to expect from 2022: a year that will likely bring several key political and cultural moments.

Perhaps the most anticipated political event of the year will be the 2022 midterm elections, which will begin on March 1 with the Texas state primaries and end on Nov. 8 with the nationwide general elections. With several key Democratic retirements and a historical trend of midterm losses by the incoming president’s party, 2022 could see Republicans return to power in Congress. The U.S. will not be alone in holding key elections this year; analysts in Time Magazine (Lean Left bias) and Foreign Policy (Center bias) pointed to pivotal elections in India, South Korea, France, Australia, Brazil, Hungary, Kenya and more. While 2022 will mark the third year of the COVID-19 pandemic, WHO Director-General Tedros Adhanom Ghebreyesus said in December that he believed the pandemic would end this year, so long as the global adult population gets fully vaccinated.

Left-rated outlets illustrated a wide array of changes to domestic policy issues. Vox (Left bias) foresees "a moderate degree of economic recovery over next summer and fall" that will result in the unemployment rate dipping below four percent. They also predicted that the Supreme Court will overturn Roe v. Wade and that WHO will find at least one more "new variant of concern." The Los Angeles Times (Lean Left bias) told readers to keep their eyes on the retirement of Supreme Court Justice Stephen G. Breyer and the findings of the Jan. 6 Capitol attack investigation, which they say could be "as riveting as the Watergate hearings half a century ago." Weighing in on the "growing distrust of tech companies," The New York Times — Opinion (Left bias) expects that "no significant laws will be passed to dampen tech’s reign" and that former president Donald Trump will "be posting once again on at least one of the giant platforms" by the end of this year.

Meanwhile, right-rated outlets were more likely to paint an optimistic resurgence for the Republican Party. National Review (Right bias) predicts 2022 will be a year of "reckoning," emphasizing the Biden administration's "miscalculation" of wanting to create a more "safe and stable world" by leaving the fight overseas and getting back to "domestic issues." Akin many other right-rated outlets, they foresee a "red tsunami" that will result in Republicans winning back the House and Senate. In the midst of midterm elections, one opinion writer from The Bulwark (Lean Right bias) forecasted the emergence of "a movement to impeach Joe Biden" as a way for "MAGA Republican primary candidates to differentiate themselves." Fox News (Right bias) predicts that "2022 will be the year of drama on the Democratic side," specifically when President Biden announces that "he will not be a candidate in 2024." Before "the intraparty jostling for 2024 begins," they also believe Biden will "cave on the hot button issue of student debt." 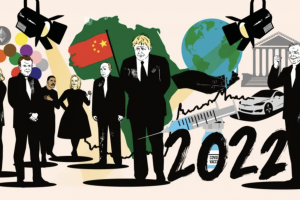 The world on the brink of 2022 seems an especially unpredictable, and unsettling, place. For the first time, two FT forecasts this year ask if Russia and China will invade neighbours (we say no, but that may be wishful thinking). Less optimistically, our forecasters warn a more infectious coronavirus variant than Omicron could yet emerge, inflation will not return to US targets, tighter monetary policy will hit equities, and the next global climate conference will still not achieve enough in limiting warming. A bit playfully, perhaps, John Thornhill forecasts shares...

Read full story
Some content from this outlet may be limited or behind a paywall.
See full media bias rating for Financial Times
From the Left
1184
Politics
22 things we think will happen in 2022
Vox 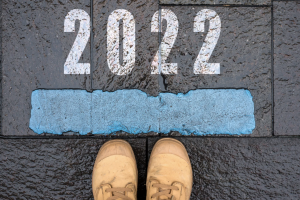 Predicting future events is hard, but it’s among the most important tasks a journalist can perform. Especially if you work at a section called Future Perfect.

Our mission is to explain the world around us to our readers, and it’s impossible to do that without anticipating what comes next. Will inflation continue to rise in the US and Europe, or level off? Will the Supreme Court allow states to ban abortion, eliminating legal access in red states? Will Brazil’s 212 million people be led by a left-wing populist, or a... 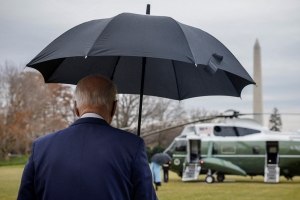 This is the last Morning Jolt of 2021. I’ll see you January 3. Let’s close out the year by looking at what 2021 brought us and what 2022 is likely to bring. I think the one word that will most succinctly summarize 2022 is “reckoning.”

I can’t predict specifically what’s going to happen in 2022. But I think I can predict the general theme of the coming year: a reckoning, in the sense of a settling of accounts.

Up until the Trump era, America’s role in the world was shaped by...