McCarthy Pulls All Five GOP Members From Jan. 6 Committee After Pelosi Rejects Two of His Appointees

House Minority Leader Kevin McCarthy pulled all five Republican members from the January 6 select committee after House Speaker Nancy Pelosi rejected two of McCarthy's Republican appointees. Pelosi declined to accept Reps. Jim Jordan of Ohio and Jim Banks of Indiana based on "statements and actions" made by the representatives, citing concern for "the integrity of the investigation." Both Jordan and Banks voted against certifying the 2020 election. McCarthy said Pelosi's decision was an "egregious abuse of power," and that unless Pelosi seats all five of his Republican nominees, "Republicans will not be party to their sham process and will instead pursue our own investigation of the facts." Rep. Liz Cheney, who was appointed by Pelosi, remains the only Republican on the committee as of Wednesday. The committee is expected to hold its first hearing next week.

The story received wide coverage from across the political spectrum. Some on the right criticized Pelosi's decision as a partisan choice. Some on the left pointed out that the agreed-upon structure of the committee gave Pelosi power to veto McCarthy's selections. Editor's Note: The original headline incorrectly referred to the House select committee as a "commission." The commission was blocked by Senate Republicans. 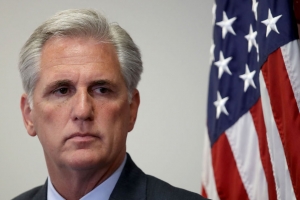 McCarthy announced his picks for the Select Committee on Monday, balancing out three more moderate Republicans with two supporters of former President Donald Trump, likely in order to ensure that Pelosi seated the full...

Read full story
Some content from this outlet may be limited or behind a paywall.
See full media bias rating for The Daily Wire
From the Center
306
US House
Pelosi Rejects 2 GOP Nominees For The Jan. 6 Panel, Citing The Integrity Of The Probe
NPR (Online News) 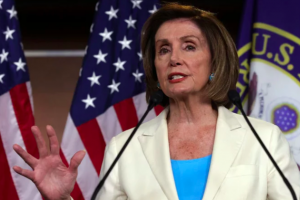 House Speaker Nancy Pelosi, D-Calif., has vetoed two Republican nominees to the panel set to investigate the Jan. 6 insurrection at the U.S. Capitol.

Citing "statements and actions" made by the pair — Reps. Jim Banks of Indiana and Jim Jordan of Ohio, Pelosi said she was rejecting their nominations "with respect for the integrity of the investigation."

The two lawmakers were among five that House Minority Leader Kevin McCarthy nominated to the committee. Pelosi named one other GOP member, Rep. Liz... 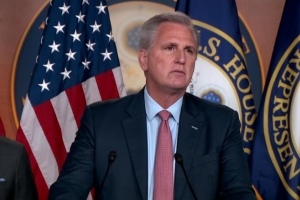 Pelosi's decision to reject the two Republicans -- and McCarthy's response to pull the rest his members -- injected new fuel into the partisan fight over the select committee that's been raging since Democrats created the panel last month to investigate the circumstances surrounding the January 6 attack on the Capitol.

More news about US House

Two members of Congress secretly flew to Kabul without authorization on Tuesday to witness the frenzied evacuation of Americans and Afghans, infuriating Biden...

House Democrats on Tuesday approved a roughly $3.5 trillion budget that could enable sweeping changes to the nation’s health-care, education and tax laws,...

The House Intelligence Committee is planning to hold a second, classified briefing on Afghanistan when members return to Washington, D.C., in September, a...

The House approved the John R. Lewis Voting Rights Advancement Act on Tuesday in a party-line vote, kicking the legislation to the Senate — where it faces...

House Democrats forged ahead with President Joe Biden’s economic plans Tuesday after they broke a stalemate that threatened to unravel the party’s...

The House of Representatives on Tuesday approved a $3.5 trillion budget blueprint, laying the groundwork for a massive expansion of social safety net and...

House Speaker Nancy Pelosi (D-CA) and moderate Democrats struck a compromise Tuesday on the path forward to voting on the so-called bipartisan infrastructure...

Lawmakers are back in Washington, briefly interrupting their August recess to forge ahead with President Biden's economic agenda, including a massive...