Matthew Whittaker was appointed to serve as the United States Attorney General this past Wednesday. He was appointed by President Trump after Jeff Sessions resigned at Trump's request. 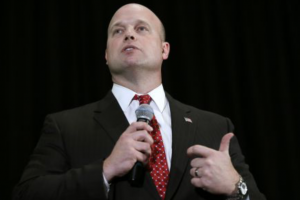 President Donald Trump appeared to defend his choice of Matthew Whitaker as acting attorney general in a Friday night tweet, despite previously denying he even knew the man at the helm of the Justice Department.

As Matthew Whitaker took charge of the Justice Department this week, Democrats and some Republicans questioned whether he was legally eligible to serve as acting attorney general. No court has ruled directly on the relevant questions, so the answer isn’t clear. 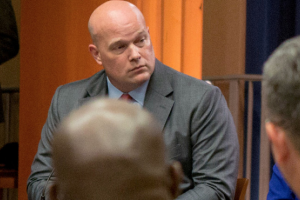 President Trump went out of his way on Friday to distance himself from Matthew G. Whitaker, his choice to replace Jeff Sessions as attorney general, saying repeatedly that he did not know Mr. Whitaker and had not spoken to him and emphasizing that the new attorney general was merely “there in an acting position.”

The Justice Department has closed insider trading investigations into three senators who sold off stocks following early briefings on the coronavirus, aides...

Bill Barr Promised to Release Prisoners Threatened by Coronavirus — Even as the Feds Secretly Made...

Even as the Justice Department announced that federal prisons would release vulnerable, nonviolent inmates to home confinement to avoid the spread of COVID-19...

Barr doesn't expect review of Russia probe will 'lead to a criminal investigation'...

Attorney General William Barr on Monday said Barack Obama and Joe Biden are unlikely to be under criminal investigation in a review of the Russia probe that...

It may not be a pardon. But the Justice Department has dropped charges against Donald Trump’s former national security adviser Michael Flynn, who pleaded...

Under sustained pressure from Donald Trump, the Justice Department took the highly unusual step of dropping its prosecution of Michael Flynn, the president’s...

An appeals court upheld a lower court ruling on Tuesday, ordering the Justice Department to give the Democrat-led House Judiciary Committee access to secretive...