Nicholas Roske, 26, was arrested last week after traveling to Kavanaugh's Maryland home with the intent to murder the conservative justice. Officers found an array of weapons inside Roske’s backpack and luggage, including a Glock pistol, 37 rounds of ammo, a hammer, a pair of "hard-knuckled tactical gloves" and a crowbar. While Roske currently faces a life sentence in federal prison, the Justice Department noted that the final sentences for federal crimes typically end up being less severe than the maximum penalties. In response to the attempted murder, The House passed a bill on Tuesday that would expand security measures for families of Supreme Court justices in wake of the Roe v Wade decision.

Left-rated outlets were more likely to accentuate voices who said Roske's actions were "not completely cut and dried" and that he still have a chance of avoiding a life sentence considering "he did not break into the justice’s home or assault him." Right-and some center-rated voices have been critical of the "media's silence" on the attempted assassination plot, arguing that this would've been a "top story" if there was a murder attempt against a liberal justice. 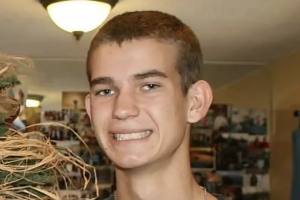 The California man who was arrested outside of Supreme Court Justice Brett Kavanaugh home last week was indicted by a federal jury for on a charge of attempted assassination.

Nicholas John Roske, 26, of Simi Valley, was found outside of Kavanaugh’s Maryland home with a gun, knife and pepper spray. He told police that he was planning to kill the justice, prosecutors said on Wednesday.

Prosecutors said Roske traveled across the country to Chevy Chase, Maryland with the intent to kill Kavanaugh over the leaked Supreme Court draft opinion expected to... 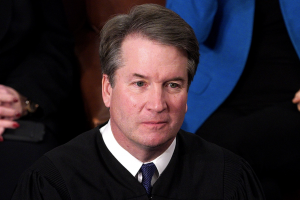 A California man who was arrested near U.S. Supreme Court Justice Brett Kavanaugh’s residence has been indicted for attempted murder of the justice.

A federal grand jury returned an indictment on Wednesday against Nicholas John Roske, a 26-year-old Simi Valley, California resident, after he allegedly traveled to Maryland to kill Kavanaugh.

Montgomery County police arrested Roske last week after he called the county’s Emergency Communications Center saying he was having suicidal thoughts, had a firearm and came to Kavanaugh’s residence to kill him.

Officers found a range of... 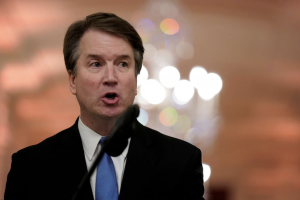 A California man accused of flying across the country with plans to break into Supreme Court Justice Brett M. Kavanaugh’s home to assassinate him was indicted Wednesday by a federal grand jury, officials said.

The single count of attempting to kill a U.S. judge added new details about what authorities say Nicholas Roske, 26, had with him when he arrived via taxi cab to the conservative justice’s home just after 1 a.m. in Chevy Chase, Md., last week.

In addition to a gun, burglary tools and a pair of boots with...