President Joe Biden will soon have an opportunity to fill a vacancy on the Supreme Court, as Justice Stephen Breyer reportedly plans to retire.

News outlets across the spectrum cited anonymous sources close to Breyer who said the 83-year-old liberal justice planned to step down at the end of the Supreme Court's current term this summer. NBC News (Lean Left bias) was first to report the news. D.C. Circuit Court of Appeals judge Ketanji Brown Jackson and California Supreme Court Justice Leondra Kruger are widely seen as the favorites to replace Breyer. Biden promised during his 2020 campaign that we would nominate a black woman to the Supreme Court if elected president. Breyer has served on the court since being appointed by President Bill Clinton in 1994.

The news was covered similarly across the spectrum. Many reports highlighted how Breyer's retirement will pave the way for Biden to hand-select and appoint a younger justice who could purportedly help advance Democrats' political agenda. Left-rated sources tended to describe Breyer's career and voting tendencies in greater detail. 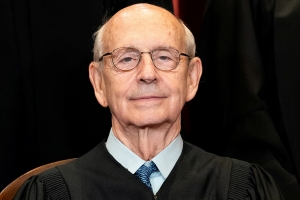 Supreme Court Justice Stephen Breyer is retiring, Fox News confirmed, setting President Biden up with the first opportunity to fill a vacancy on the high court.

A source close to Breyer told Fox News that the justice will step down at the end of the current Supreme Court term early this summer.

Breyer, who is 83, has been the subject of rampant speculation about his retirement. Liberal activists were calling for the justice to retire soon after Biden was inaugurated.

Breyer was appointed by former President Bill Clinton, a Democrat. Breyer's replacement will... 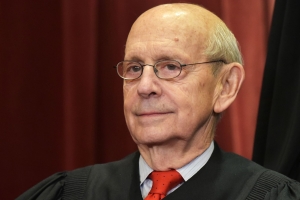 Supreme Court Justice Stephen Breyer will retire, NBC news first reported on Wednesday, giving President Biden his first — and maybe only — chance to put a stamp on the high court.

What’s next: Appointing a new Supreme Court justice will be one of the longest-lasting pieces of Biden’s legacy — and could give Democrats a jolt of energy ahead of next year's midterms.

Why it matters: Breyer, who is 83, faced considerable pressure to step aside under a Democratic president and while Democrats control the Senate, even narrowly. 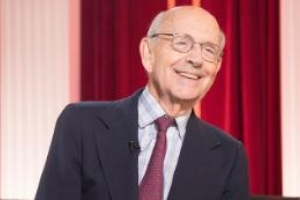 Breyer, 83, a consistent liberal vote on the Supreme Court with an unflappable belief in the US system of government and a pragmatic view of the law, has served nearly three decades on the bench.

Breyer is expected to stay on until the end of the term and a replacement is confirmed.