At least 12 people were killed on Friday in a mass shooting at a government building in Virginia. The gunman, identified as DeWayne Craddock, was killed in an exchange of gunfire with the police. 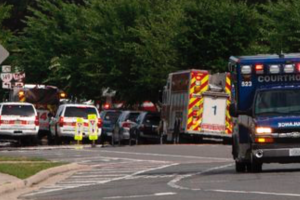 Twelve people were killed and four others were injured when a gunman opened fire at the Virginia Beach, Virginia, municipal center on Friday afternoon, officials said.
Responding officers shot and killed the gunman, said Virginia Beach Police Chief James A. Cervera. One officer was injured and was expected to recover.
“He was saved by his vest,” the chief told reporters.

Read full story
Some content from this outlet may be limited or behind a paywall.
See full media bias rating for Washington Times
From the Center
1098
Terrorism
Virginia Beach shooting: 12 killed after city worker opens fire at colleagues
BBC News 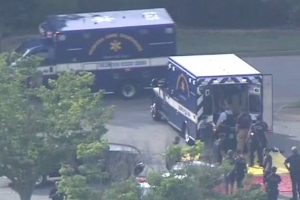 At least 12 people were killed and several injured on Friday in a mass shooting at a government building in the US state of Virginia.
The suspect, described by officials as a disgruntled city employee in Virginia Beach, fired indiscriminately in a municipal building.

The man who shot and killed 12 people at a municipal building here Friday was identified as a 15-year employee of the city Department of Public Works and all but one of his victims were city employees, authorities announced Saturday.
DeWayne Craddock, 40, of Virginia Beach, was an engineer who served as a project manager and contact for a number of utility projects, according to posts on the Virginia Beach web site.

Read full story
Some content from this outlet may be limited or behind a paywall.
See full media bias rating for Washington Post
More Stories »
Terrorism
Go ad-free! Support AllSides.
About these ads

Earlier this month, leaders from across Africa convened in Paris to discuss the most pressing challenge facing the continent today: economic recovery in the...

House Democratic leadership rebuked Representative Ilhan Omar (D., Minn.) over a tweet in which she compared the U.S. and Israel to the Taliban and Hamas. “...