The End of the Road for John Kasich
The Atlantic 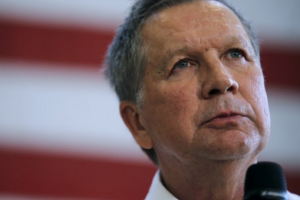 John Kasich will end his bid for the presidency Wednesday afternoon in Columbus, according to multiple reports. Kasich had planned to hold a press conference at Dulles Aiport near Washington Wednesday morning, but he never took off—perhaps an apt metaphor—staying home and scheduling a press conference for 5 p.m., where he is expected to make his announcement. 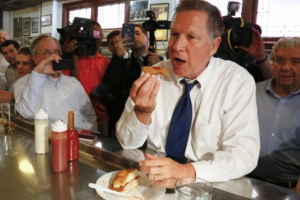 On Wednesday, after defeat in Indiana, John Kasich is announcing he is suspending his campaign.

Which raises the question: Why?

Why now? What changed?

Ohio Gov. John Kasich is expected to announce the suspension of his campaign at 5 p.m. in Columbus, Ohio.

After the news broke earlier on Wednesday, Donald Trump said Kasich is “doing the right thing” by dropping out of the presidential race, adding that he is interested in vetting the Ohio governor as a potential running mate.