For Context: The stolen funds included Small Business Administration loans and unemployment insurance funds in over a dozen states. The Secret Service confirmed the news after NBC News (Lean Left bias) broke the story Monday, but didn't offer additional comment. It's the first time the U.S. government has publicly acknowledged any pandemic relief fraud committed by foreign, state-sponsored cybercriminals. In September, the Labor Department's inspector general estimated an improper payment rate of roughly 20% for the $872.5 billion in federal COVID-19 unemployment funds, and the true cost of the fraud may be even higher.

Key Quotes: "It would be crazy to think this group didn’t target all 50 states," said Roy Dotson, national pandemic fraud recovery coordinator for the Secret Service, to NBC News.

How the Media Covered It: Some headlines described the hackers as "Chinese," while others described them as "Chinese government-linked." Coverage across the spectrum highlighted the significant amount of COVID-19 relief funds obtained by fraudsters.

Chinese hackers have stolen tens of millions of dollars worth of U.S. COVID relief benefits since 2020, the Secret Service said on Monday.

The Secret Service declined to provide any additional details but confirmed a report by NBC News that said the Chinese hacking team that is reportedly responsible is known within the security research community as APT41 or Winnti.

APT41 is a prolific cybercriminal group that had conducted a mix of government-backed cyber intrusions and financially motivated data breaches, according to experts.

Several members of the hacking group were indicted... 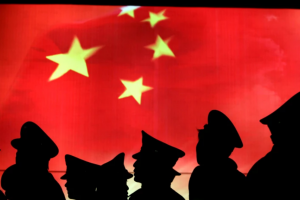 The theft was discovered as part of a larger investigation in which $286 million was recovered in August, traced back to 15,000 fake accounts created at a Texas bank. Approximately $87 billion in Economic Injury Disaster Loans have gone missing since the federal program was formed in the COVID-19 pandemic's early stages.

This latest development identifies a hacking group called APT41 as the culprit, a “Chinese state-sponsored, cyberthreat group that is... 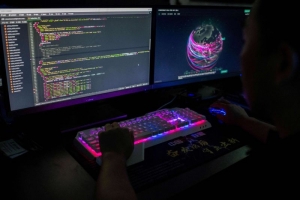 Chinese government-linked hackers have stolen at least $20 million in US government coronavirus relief funds, a US Secret Service spokesperson told CNN Monday – the first time the agency has connected Covid-19 fraud to hackers affiliated with a foreign government.

It is unclear if the hackers conducted the theft for personal gain or if they were operating on behalf of Beijing. CNN has requested comment from the...