Former Vice President Joe Biden launches a third bid for the White House and is considered a leading contender. 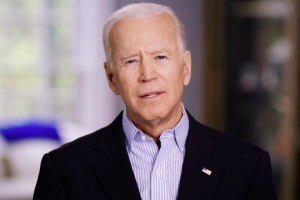 Former Vice President Joe Biden said he would seek the Democratic presidential nomination in 2020, launching a third bid for the White House as a blue-collar stalwart in a party hungry to defeat President Trump.

Mr. Biden made his long-awaited announcement Thursday in an online video posted nearly 32 years after he began his first presidential campaign in June 1987.

Mr. Biden announced his candidacy with a three-and-a-half minute online video posted on his social-media accounts. “We are in the battle for the soul of this nation,” Mr. Biden says...

Read full story
Some content from this outlet may be limited or behind a paywall.
See full media bias rating for Wall Street Journal (News)
From the Left
308
Elections
Biden cites Charlottesville and saving 'soul' of US in 2020 presidential bid
ABC News (Online) 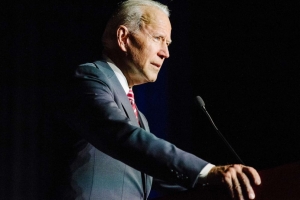 Biden becomes the 20th Democrat to enter the 2020 race, and enters as a high-profile candidate, with decades of experience.

He will hold his first event as a candidate at a union hall in Pittsburgh on Monday.

Biden opened his announcement video quoting from the Declaration of... 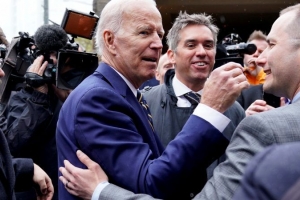 Joe Biden officially announced his presidential bid this morning, promising that he could save the country from Donald Trump and the forces of white supremacy.

"We are in a battle for the soul of this nation," the former vice president says in a video released today, which focuses heavily on 2017's deadly Unite the Right rally in Charlottesville, Virginia.

"If we give Donald Trump eight years in the White House, he will forever and fundamentally alter the character of this nation. Who we are. I cannot stand by and watch...

Arizona state Senate Republicans’ “audit” of 2020 election results in Maricopa County is so unprofessional and illegitimate that many election officials won’t...

DeSantis cashes in on rising star status with big-money blitz

When Florida Gov. Ron DeSantis addresses a group of well-heeled Republican Party donors on Thursday, he won’t be on home turf like Naples’ “Millionaires’ Row”...

Democratic Sen. Joe Manchin on Sunday defended his decision to vote against a sweeping voting rights bill and reiterated his opposition...

Texas Democrats' boldest action this legislative session came in the 11th hour of the second-to-last day of the 140-day gathering. In a discrete but...

Passing new election laws has been one of the top priorities for Republican state legislators in 2021 — and they are working from similar playbooks to tighten...

Vice President Harris will meet next week with Texas state Democrats who helped block passage of an elections law bill that would have made it more difficult...

Election laws, 2024, and the future of democracy

One of the main lessons of the 2020 presidential election was that ordinary officials, partisans themselves, can be among American democracy’s most powerful...

To Matt Masterson, the review of 2020 ballots from Maricopa County, Ariz., that's underway is "performance art" or "a clown show," and definitely "a waste of...

The For The People Act appears doomed in the Senate, but congressional deliberations over securing the vote surely will continue. Support...

Did Dominion Voting Systems Lose Its Lawsuits Against Giuliani and Powell?
FACT CHECK

Democratic Sen. Joe Manchin on Sunday said he would oppose his party’s sprawling voting rights bill — because he believes it would divide the country. In an...

In news that deals a potentially lethal blow to Democrats' For the People Act, moderate Sen. Joe Manchin, D-W.Va., says he will not vote for a bill that...