Jobless claims rose by 2.1 million last week to over 41 million since the COVID-19 coronavirus pandemic began. 21 million of those are continuing claims, down from roughly 25 million the previous week. Unemployment fell from 17.1% to 14.5%; meanwhile, roughly 27 large companies filed for bankruptcy so far in May.

From the Left
302
Economy and Jobs
Jobs Are Starting to Come Back, But Bankruptcies Are Soaring
New York Magazine 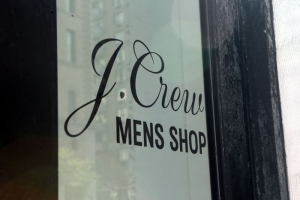 Roughly 2.1 million Americans lost their jobs last week, according to Labor Department data. In this economy, that qualifies as good news.

First-time claims for unemployment benefits totaled 2.1 million last week, the lowest total since the coronavirus crisis began though indicative that a historically high number of Americans remain separated from their jobs.

Economists surveyed by Dow Jones had been looking for 2.05 million. The total represented a decrease of 323,000 from the previous week’s upwardly revised 2.438 million.

Continuing claims, or those who have been collecting for at least two weeks, numbered 21.05 million, a clearer picture of how many workers are still sidelined. That number dropped sharply, falling 3.86... 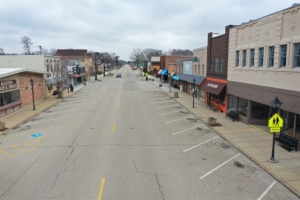 That brings new unemployment claims, a proxy for layoffs, since the coronavirus pandemic began to claim jobs ten weeks ago to nearly 40 million.

Claims hit a record 6.87 million for the week of March 27. Each subsequent week has seen claims decline.

Continuing claims, those made after an initial application,...

The PPP worked how it was supposed to. That’s the problem.
ANALYSIS

Months after Congress created the Paycheck Protection Program (PPP) in an attempt to support small businesses during the Covid-19 pandemic, people are still...

When Americans lose their jobs, they file for unemployment benefits, and the government has kept track of the number of these filings every week since 1967. Up...

Companies owned by West Virginia Gov. Jim Justice and his family received up to $24 million from one of the federal government’s key coronavirus economic...

WASHINGTON — A Dallas megachurch whose pastor has been a vocal supporter of President Donald Trump was approved for a forgivable loan worth $2 million to $5...

The June jobs report is out, and Republicans are again declaring victory. Payrolls grew by 4.8 million in June, according to government surveys, and the...

Demand for Chief Diversity Officers Is High. So Is Turnover.

It’s one of the hottest jobs in America—and it has a revolving door. U.S. companies are rushing to hire chief diversity officers or elevate existing leaders...

The Sooner the FDA Is Disbanded, the Better For Us All
ANALYSIS

The Food and Drug Administration must go. And salt should be sown where once it stood. This organization is costly, is a gargantuan waste of time and causes...

WASHINGTON (AP) — More than 1.3 million Americans applied for unemployment benefits last week, a historically high pace that shows that many employers are...

AOC Claims Uptick In NYC Crime Due To Economic Turmoil

Congresswoman Alexandria Ocasio-Cortez claimed the recent increase in crime in New York City may be due to residents’ lack of resources. During a virtual...

The government may issue some Americans facing financial struggles due to the coronavirus pandemic another stimulus check, Fox Business reports. As...

Jobless claims for the past week were lower than economists had predicted as workers begin returning to their jobs, according to data from the Labor Department...

The Daily Caller
Economy and Jobs

Warren Buffett once said that “diversification is protection against ignorance. It makes little sense if you know what you are doing.” The takeaway: Load up on...

Senate Majority Leader Mitch McConnell (R-Ky.) is weighing in on the possibility of a fifth coronavirus stimulus package. During a brief discussion with...