The number of Americans filing for first-time claims for unemployment benefits increased to 778,000 last week.

The increase in claims came after a week of large increases in new COVID-19 infections and business restrictions, both of which undermined labor market recovery. 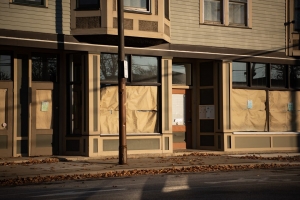 Jobless claims rose for the second straight week, to 778,000, a sign the nationwide surge in virus cases was starting to weigh on the labor-market recovery.

Worker filings for unemployment insurance are down sharply from a peak of nearly seven million in late March. But they remain higher than in any previous recession—the pre-pandemic peak was 695,000 in 1982—for records tracing back to 1967.

Claims filings can be more volatile around the holidays, due to workweek changes that can cause seasonal-adjustment anomalies. The four-week moving average, which smooths out weekly... 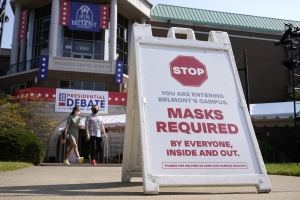 The number of new applications for unemployment benefits last week increased 30,000 from last week’s claims to 778,000, the Labor Department reported Wednesday, in a troubling sign for the recovery.

Altogether, roughly 1 million workers filed for benefits last week, when including claims for Pandemic Unemployment Assistance, a new category of eligibility created for workers sidelined by the pandemic, such as gig workers whose work dried up.

“New claims for unemployment benefits are moving up, moving in the wrong... 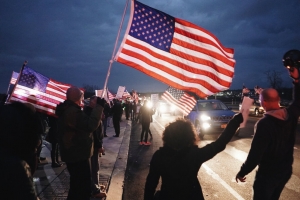 Applications for unemployment benefits rose for the second week in a row last week, the latest sign that the nationwide surge in coronavirus cases is threatening to undermine the economic recovery.

More than 827,000 people filed first-time applications for state unemployment benefits last week, the Labor Department said Wednesday. That was up 78,000 from a week earlier, before adjusting for seasonal patterns, and more than 100,000 from the first week of November, when weekly filings hit their lowest level since pandemic-induced layoffs began last spring.