The Labor Department (DOL) reported Thursday that U.S. jobless claims fell to 293,000 last week, a decrease of 36,000 from the previous week's revised level and the lowest number of initial jobless claims since March 2020. The number contradicts the September jobs report, which showed the slowest job growth so far this year. According to Thursday's report, California and Michigan were the only states with over 3,000 more initial claims than the previous week. The number of new claims fell by over 1,000 in Florida, Tennessee and Texas.

Coverage across the spectrum suggested that the report indicates companies are trying hard to retain current workers. Many contrasted the seemingly positive data with recent reports indicating a more unstable economy, such as the September jobs report and a Bureau of Labor Statistics report that says a record number of people quit their jobs in August. Left- and right-rated outlets both quoted an economist from Navy Federal Credit Union who called Thursday's report "the strongest evidence yet that the Covid-19 delta wave has lost its influence on layoffs." 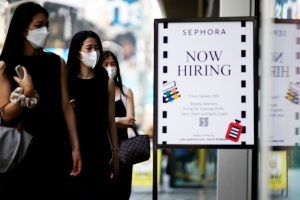 The latest weekly initial jobless claims dropped below 300,000 for the first time since the pandemic began, according to data released Thursday by the Department of Labor.

The latest number roundly beat out economists' forecasts of 318,000, and is an indication that companies are holding on to their workers amid a tight labor market. 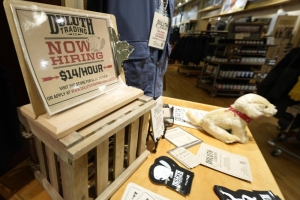 The number of Americans applying for unemployment benefits fell to its lowest level since the pandemic began, a sign the job market is still improving even as hiring has slowed in the past two months.

Unemployment claims dropped 36,000 to 293,000 last week, the second straight drop, the Labor Department said Thursday. That’s the smallest number of people to apply for benefits since the week of March 14, 2020, when the pandemic intensified, and the first time claims have dipped below 300,000. Applications for jobless aid, which generally track the... 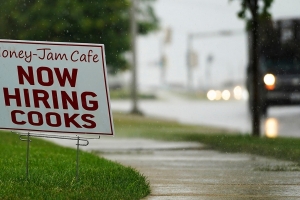 The number of Americans filing for unemployment benefits dropped to a new pandemic low last week, dipping below 300,000 for the first time since March 2020.

Figures released Thursday by the Labor Department show that applications for the week ended Oct. 9 fell to 293,000 from a revised 344,750 a week earlier. It marked the best level of jobless claims since March 14, 2020, when there were 256,000 applicants just as COVID-19 began to shut down the nation's economy.

Continuing claims, or the number of Americans who are consecutively receiving unemployment aid,...

China and the WTO: A 20 Year Review