On Tuesday, Iran's top nuclear negotiator said everything discussed in the previous nuclear talks can be renegotiated.

Nuclear talks resumed on Monday, with some hoping to restore the 2015 Iran Nuclear Deal that saw Iran limit its enrichment of uranium in exchange for the removal of economic sanctions. The U.S. left that deal under President Donald Trump, citing the need for a stronger agreement. Meanwhile, ​Israel’s prime minister is warning countries not to be fooled by Iran's "nuclear blackmail" and alleges that Iran is taking steps to enrich uranium to 90% purity, the level needed to produce a nuclear weapon. Iran is currently enriching uranium to 60% purity, which is far above the threshold set in the previous deal.

The talks were covered prominently across the spectrum Tuesday. 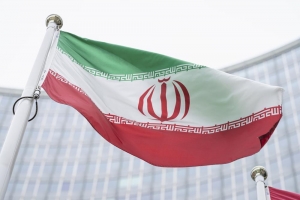 Iran struck a hard line Tuesday after just one day of restarted talks in Vienna over its tattered nuclear deal, suggesting everything discussed in previous rounds of diplomacy could be renegotiated.

Speaking to Iranian state television, Ali Bagheri, Iran’s top nuclear negotiator, referred to everything discussed thus far as merely a “draft.” It remained unclear whether that represented an opening gambit by Iran’s new president or signaled serious trouble for those hoping to restore the 2015 deal that saw Tehran strictly limit its enrichment of uranium in exchange for the... 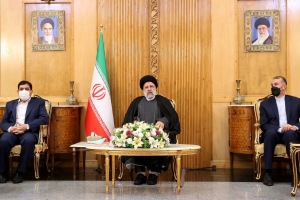 Israel has shared intelligence over the past two weeks with the U.S. and several European allies suggesting that Iran is taking technical steps to prepare to enrich uranium to 90% purity — the level needed to produce a nuclear weapon, two U.S. sources briefed on the issue tell me.

Why it matters: Enriching to 90% would bring Iran closer than ever to the nuclear threshold. The Israeli warnings come as nuclear talks resume in Vienna, with Iran returning to the negotiating table on Monday after a five-month hiatus. 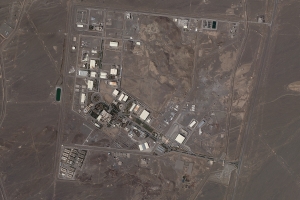 ​Israel’s prime minister on Monday warned the five countries that have resumed negotiations over the defunct 2015 Iran nuclear deal not ​to be taken in by Tehran’s “nuclear blackmail.”

“Such a murderous regime should not be rewarded,” Israeli ​Prime Minister Naftali Bennett said in a recorded statement in which he pleaded with world leaders not to allow “hundreds of billions of dollars [to be] poured right into their rotten regime.”

“Iran deserves no rewards, no bargain deals and no sanctions relief in return for their brutality,” Bennett said, according to the Jerusalem Post. “I call upon...