The immigration debate continues in the Senate as President Trump comes out supporting the Grassley bill, which focuses on security and policy changes. Democrats are focusing on legalizing Dreamers. 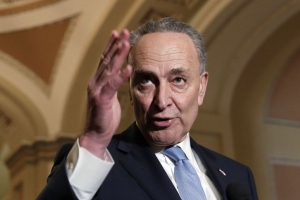 Democrats blocked an attempt Tuesday to crack down on sanctuary cities as they tried to steer the Senate’s immigration debate toward their goal of legalizing “Dreamers” and away from major new security or policy changes that might upend the current immigration system.

Read full story
Some content from this outlet may be limited or behind a paywall.
See full media bias rating for Washington Times
From the Center
1184
Politics
McConnell keeps firm grip on immigration debate
The Hill 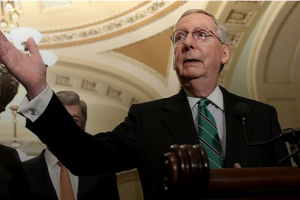 Senate Majority Leader Mitch McConnell (R-Ky.), who promised what was expected to be a free-for-all immigration debate, is keeping his hand firmly on the wheel. 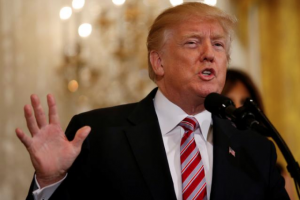 President Trump is throwing his support behind Sen. Chuck Grassley, R-Iowa, and his immigration legislation, as the debate over immigration reform continues to play out on Capitol Hill. Mr. Trump released a statement, urging the Senate to support Grassley's bill and oppose bills that "fail to deliver for the American people."