The U.S. Immigration and Customs Enforcement agency has arrested hundreds of foreign-born students after setting up a fake university in Michigan as part of an elaborate visa fraud sting. As first reported by the Detroit Free Press, around 250 individuals, most of them Indian, have been detained and/or deported since January after seeking student visas from the school, dubbed the University of Farmington.

The sting, which was first reported early this year, has been met with harsh criticism from figures on the left, many of whom have tried to link it to President Donald Trump's immigration policy. But right-leaning voices have noted that, in fact, the ICE operation began under the administration of former President Barack Obama, which set up a similarly fictitious university in New Jersey in 2013. 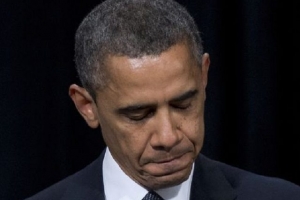 The fake University of Farmington, set up by the Department of Homeland Security, that resulted in the arrest of 250 foreign students this year and prompted outrage from leftists, was a concept embraced by the Obama administration, which engaged in similar operations.

Leftists experienced a collective freakout this week after U.S. Immigration and Customs Enforcement (ICE) announced the arrest of dozens of foreign nationals committing visa fraud by enrolling in the fake university. It was “part of a sting operation by federal agents who enticed foreign-born students, mostly from India,... 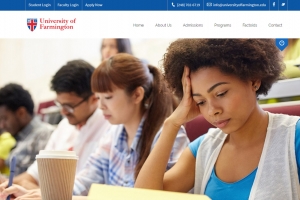 It has been 10 months since unsealed federal court documents revealed that U.S. immigration officials created a fake university to lure foreign-born college students who were trying to stay in the country on student visas that might not have been legal.

The University of Farmington, a fictitious school that U.S. Immigration and Customs Enforcement marketed as a hub for STEM students who wanted to enroll and not “interrupt their careers,” had a fake name, a fake website and a fake motto on its fake seal. “Scientia et Labor,” the seal... 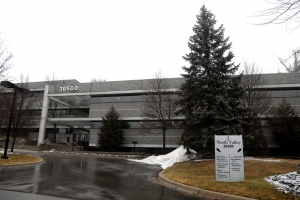 DETROIT – About 90 additional foreign students at a fake university in metro Detroit created by the Department of Homeland Security have been arrested in recent months.

A total of about 250 students have now been arrested since January on immigration violations by U.S. Immigration and Customs Enforcement as part of a sting operation by federal agents who enticed foreign-born students, mostly from India, to attend the school that marketed itself as offering graduate programs in technology and computer studies, according to ICE officials.

Many of those arrested have...

Oregon Gov. Kate Brown said Wednesday that the federal government had agreed to withdraw its law enforcement officers from Portland, where violent protests...

The Atlantic
Role of Government

“Hitler had his Brown shirts and Mussolini had his Black shirts, now Donald Trump has his camouflage shirts.” Thus began a statement signed by 15 distinguished...

No, ‘Proactive Arrests’ Are Not A Thing!

Above The Law
Homeland Security

The Marshall Project
Role of Government

WASHINGTON (AP) — Attorney General William Barr defended the aggressive federal law enforcement response to civil unrest in America as he testified for the...

In Portland, the Baby Fascists Have Shown Their Face
OPINION

Fascism was never about actual people and their predicaments but about a glorious imaginary collective that had died but would be reborn. In the 1920s and...

The mayor of Portland, Ore., was hit with tear gas Wednesday night after he joined a crowd of protesters who gathered outside a federal courthouse as tensions...

The Hill
Violence in America

The federal agents who have clashed with protesters in Portland will begin a “phased withdrawal” from the city's downtown area starting Thursday, Oregon's...

Portland, OR – Portland Commissioner Chloe Eudaly announced on Tuesday that the city is fining the federal government $500 for every 15 minutes the protective...

The Police Tribune
Violence in America