More than 80 House Democrats on Tuesday announced their support for a proposed "Transgender Bill of Rights."

The legislation, HR 1209, would codify federal protections for transgender and nonbinary people as well as ensure their access to medical care, shelter, safety, and economic security. The resolution would also ensure that transgender students could use school facilities and participate on sports teams "that best align with their gender identity." Rep. Pramila Jayapal (D-WA), the chair of the Congressional Progressive Caucus and co-chair of the Transgender Equality Task Force, said the "comprehensive framework" is a response to the Supreme Court overturning Roe v Wade and the record number of anti-LGBTQ+ bills being introduced in state legislatures. The end goal, according to Jayapal, is to ensure that transgender and nonbinary people can lead "full, happy lives."

Coverage from left-rated outlets noted that the proposal would ban the "debunked and dangerous" practice of conversion therapy and highlighted voices who believe same-sex marriage "could be next to be overturned" by the Supreme Court. Conversely, right-rated coverage linked to polls polls that found most Americans don’t want biological males in women’s sports and highlighted voices who said "such radical policies will deter Americans" this fall during the 2022 midterm elections. 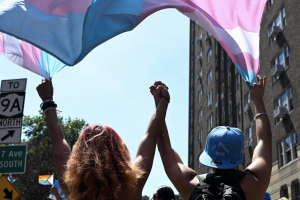 Coinciding with the 53rd anniversary of the Stonewall Uprising on Tuesday (28 June), five Democrats are hoping to codify into law a 2020 Supreme Court ruling that found a landmark civil rights law protects LGBTQ+ workers from discrimination.

Up until Bostock v Clayton County, it was legal in more than half of US states to fire employees for being LGBTQ+.

Now in an America on edge after Supreme Court justices overturned Roe v Wade, the House of Representatives is scrambling to ensure trans people don’t have their rights scrapped next by the court.

The resolution would amend the... 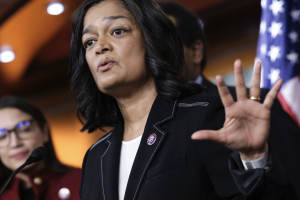 House Democrats introduced a “Transgender Bill of Rights” on Tuesday to “protect and codify the rights of transgender and nonbinary people under the law and ensure their access to medical care, shelter, safety, and economic security.”

Led by Democratic Washington Rep. Pramila Jayapal, HR 1209 proposes “amending the Civil Rights Act of 1964 to prohibit discrimination on the basis of sex, including gender identity and sex characteristics in public accommodations and federally funded programs and activities.”

The Trans Bill of Rights also proposes amending federal education laws to ensure that students can...

Read full story
Some content from this outlet may be limited or behind a paywall.
See full media bias rating for The Daily Wire
From the Center
2000
LGBTQ Issues
Democrats unveiling ‘Transgender Bill of Rights’
The Hill 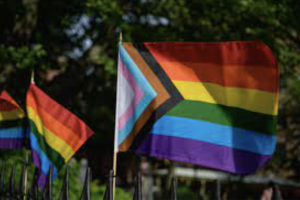 A group of House Democrats on Tuesday announced they would move to codify federal protections for transgender people.

The proposal, dubbed the “Transgender Bill of Rights,” would codify the Supreme Court’s 2020 Bostock v. Clayton County decision that protects employees against discrimination for being gay or transgender.

The proposal would amend the Civil Rights Act of 1964 to explicitly include protections for gender identity and sex characteristics, expand access to gender-affirming care and ban conversion therapy.

It would also require the attorney general to designate a liaison dedicated to overseeing...