The House Judiciary Subcommittee on Constitution, Civil Rights, and Civil Liberties heard testimony today regarding H.R. 40, a bill that would permit the legislative branch to explore the idea of reparations for slavery. The bill sparked controversy along the ideological spectrum.

Some 2020 Democrats like the idea, but none discussed concrete plans for its execution. Senate Majority Leader Mitch McConnell (R-KY) has been outspoken against the bill, saying that "none of us currently living are responsible." 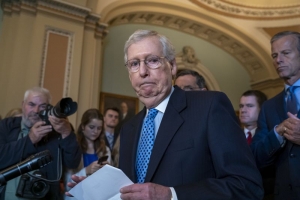 (CNN) - If you've heard of "40 acres and a mule," then you know that the concept of America paying reparations for the enslavement of black people is by no means a new idea.

The concept has been discussed since 1865 when the promise to repay -- I use that term loosely -- former slaves was made by Union Gen. William T. Sherman and then backed by President Abraham Lincoln and Congress.
As we know, the promise would be broken (when President Andrew Johnson withdrew the offer). 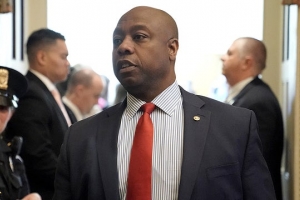 Sen. Tim Scott (R-S.C.), the only African American Republican in the Senate, says reparations for slavery are a “non-starter.”

Scott said Wednesday that it would be too difficult to calculate who deserves compensation and who must pay for the institution of slavery and the years of discriminatory laws that followed its abolition.

“There’s no question that slavery is a scourge on the history of America. The question is: Is reparations a realistic path forward? The answer is no,” Scott said. 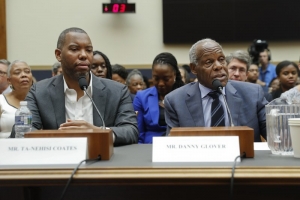 As Democrats consider the idea of reparations to black Americans for slavery, polling indicates that the public is far from convinced about the idea.

House Judiciary Democrats on Wednesday were holding a hearing in the Constitution, Civil Rights and Civil Liberties subcommittee on H.R. 40 -- a proposal by Rep. Sheila Jackson-Lee, D-Texas, to set up a commission to study and develop a response to the question of reparations for slavery.

Congress Is Investigating Whether a Ventilator Company Is Gouging the U.S. — and Why the Government...

A congressional subcommittee is investigating whether the U.S. government is paying too much for ventilators made by a Dutch company that received millions in...

“After Pearl Harbor, September 11, and other momentous events in American history, independent, bipartisan commissions have been established to provide a...

“Bella, do you think I’m cool now?” Rep. Tim Ryan asked his daughter. The lawmaker was on the phone with Heard on the Hill discussing his fresh new TikTok...

Is Remote Voting During COVID-19 a Good Idea for Congress?

WASHINGTON (AP) — Whistleblower Dr. Rick Bright warned on Thursday that the U.S. lacks a plan to produce and fairly distribute a coronavirus vaccine when it...

Two dozen members of the bipartisan Problem Solvers Caucus hosted a virtual floor debate on state and local funding Thursday, hoping to illustrate that the...

Lawmakers are clashing over a potential fifth coronavirus relief bill, raising early questions about how quickly Congress will be able to reach an agreement on...

The Hill
US Congress

Get ready for the corona coup
ANALYSIS

House Democrats, flummoxed by their failed attempt to remove President Trump earlier this year, are gearing up for another round of quasi-impeachment with...

Dr. Fauci Will Testify Before Senate, Not House, After All

The House Appropriations Committee might have been shut out of testimony for White House coronavirus task force health expert Dr. Anthony Fauci, but a GOP-led...

House Speaker Nancy Pelosi (D-Calif.) wants the release of federal prisoners during the coronavirus outbreak — and she is using the Bible to make her case....

President Donald Trump on Friday signed into law a $484 billion measure that provides additional money for a coronavirus aid program for small businesses,...

Rep. Shalala Failed to Report Stocks Sold While in Congress