Key Quotes: Allowing the purchase of semi-automatic weapons is "just sick. It has no social redeeming value, zero, none," Biden told reporters on Thanksgiving. When asked about possibly banning some guns, Biden said "I’m going to try to get rid of assault weapons."

For Context: Recent shootings in Colorado and Virginia pushed the debate about mass violence and guns back to the forefront, and Biden appears to be moving to pass legislation before Republicans take over the House of Representatives in January. The term "assault weapons" and the differences between guns are the focus of continued debate: semi-automatic guns fire one bullet for each pull of the trigger, while much more heavily-regulated fully-automatic guns fire bullets rapidly when the shooter holds the trigger down.

How the Media Covered It: Sources across the spectrum framed a gun ban as unlikely to pass due to a lack of votes and a packed lame-duck agenda. Some right-rated outlets highlighted Biden's remark about semi-automatic weapons, framing it as an exaggeration or an unjust critique of responsible gun owners. The Daily Wire said Biden "is going to try to curtail the Second Amendment freedoms of law-abiding Americans." Left-rated sources generally focused more on adding context about recent shootings.

President Biden on Thursday said he would try to pass a bill banning assault rifles during the lame-duck session before the next Congress forms, despite long odds due to Republican opposition.

Biden spoke to reporters Thanksgiving morning, coming after a week that saw three mass shootings in the U.S.

Biden said it was “ridiculous” that red flag laws — in which law enforcement officers can seize firearms from individuals deemed a threat to themselves or others — were not being enforced across the country. 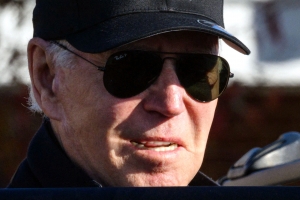 President Joe Biden said on Thanksgiving that he is going to try to curtail the Second Amendment freedoms of law abiding Americans by banning “semi-automatic” firearms after a couple of recent shootings.

Biden made the remarks after a recent shooting at a gay nightclub by a man who reportedly identifies as non-binary and after a store manager shot up a Walmart.

“I’m sick and tired of these shootings. We should have much stricter gun laws,” Biden told reporters. “Look, the idea that we’re not enforcing red-flag laws, period, just based on knowledge, not on... 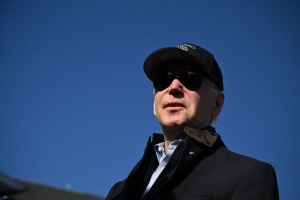 President Joe Biden said Thursday that he would work with Congress to “try to get rid of assault weapons” after a recent spate of shootings in the US.

“The idea (that) we still allow semiautomatic weapons to be purchased is sick, it’s just sick. It has no social redeeming value, zero, none. Not a single, solitary rationale for it,” Biden told reporters during a brief gaggle outside the Nantucket Fire Department in Massachusetts, where he greeted first responders.

Asked whether he would try to take action on guns, the president said, “I’m... 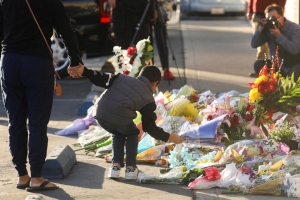