The special election for Georgia’s 6th Congressional District in the U.S. House of Representatives will head to a runoff between Democrat Jon Ossoff and Republican Karen Handel, as Ossoff fell short of the 50% margin needed to declare victory. 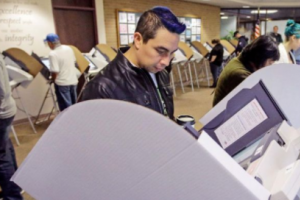 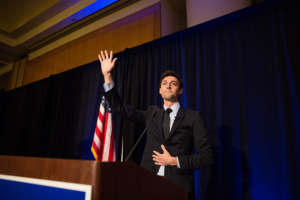 ROSWELL, Ga. — Jon Ossoff, a Democrat making his first bid for elective office, narrowly missed winning a heavily conservative House district in Georgia outright on Wednesday, according to The Associated Press. It threw a scare into Republicans in a special congressional election that was seen as an early referendum on President Trump. 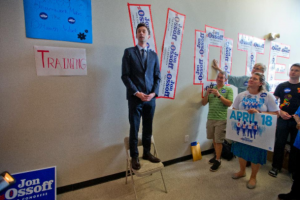 Democrat Jon Ossoff blew away his Republican opposition in a special election Tuesday, but fell just short of 50% of the vote needed to avoid a runoff to represent Georgia’s 6th Congressional District in the U.S. House of Representatives.

As returns for Georgia’s Senate runoff came in on Tuesday night, it was clear what was happening. After considerable back-and-forth in November and December...

The process of certifying Joe Biden as the 46th president of the United States occurred in the early morning hours of Jan. 7, after being disrupted by rioters...

Some Republican Senators Walk Back Objections To Election Results

Heading into Wednesday's Electoral College counting process, 14 Republican senators had said they planned to object to at least one state's results. But...

'We cannot simply declare ourselves a national board of elections on steroids'. Noting that the presidential election was "not unusually close," Sen. Majority...

President Trump issued a statement Wednesday calling for “peace” and urging supporters who stormed the Capitol to “go home” but repeating his claims that the...