Cipollone is complying with a subpoena issued June 29 after Cassidy Hutchinson, a former aide to Trump chief of staff Mark Meadows, said in a public hearing that Cipollone had expressed legal concerns about the actions of Meadows and former President Donald Trump. Hutchinson testified that Cipollone warned Trump he could be charged with “every crime imaginable” if he joined his supporters at the Capitol on Jan. 6. When Capitol rioters chanted to hang former Vice President Mike Pence, Hutchinson said Meadows told Cipollone that Trump “doesn't want to do anything," "thinks Mike deserves it” and “doesn’t think they’re doing anything wrong.” Cipollone previously sat with the Jan. 6 committee in April for an informal interview on a limited set of topics.

Cipollone was not the only former Trump ally facing a subpoena on Wednesday. Seven Trump allies, including Rudy Giuliani and Sen. Lindsey Graham (R-S.C.), were issued subpoenas in Georgia’s criminal investigation into alleged election interference.

Coverage was widespread and mostly balanced across the spectrum on Wednesday, with left-rated outlets featuring the story more prominently than right-rated outlets. Left-rated outlets were somewhat more likely to say Trump tried to “overturn” the 2020 election, although Washington Examiner (Lean Right bias) also used that language. 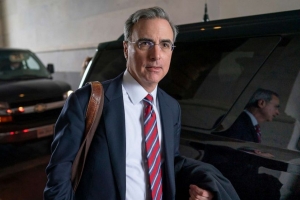 Former White House counsel Pat Cipollone has reached a deal with the House's Jan. 6 committee to testify in a transcribed interview on Friday, according to sources familiar with the matter.

His transcribed interview will be videotaped, sources said.

The committee had issued a subpoena to Cipollone last week after talks to have him testify publicly were not successful.

Cipollone was one of the few aides with former President Donald Trump on the day of the Jan. 6, 2021, Capitol riot and has significant insight into events before, leading up to and after the... 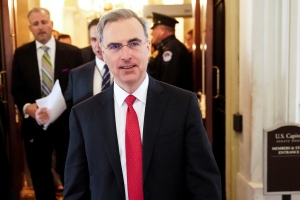 Pat Cipollone, who served as White House counsel to Donald Trump and opposed the former president’s attempts to fight the results of the 2020 election, will reportedly testify before the January 6 committee on Friday.

The planned testimony, first reported on by the New York Times, comes after the committee issued a subpoena to compel Cipollone to appear before it. He is not expected to testify publicly and will sit down for a recorded, transcribed interview, according to the outlet.

Read full story
Some content from this outlet may be limited or behind a paywall.
See full media bias rating for National Review
From the Center
12553
Donald Trump
Cipollone to testify before Jan. 6 panel on Friday: reports
The Hill 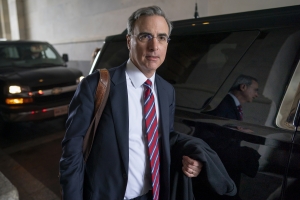 A person familiar with the discussions told The New York Times Cipollone would be participating in a transcribed interview.

News
Pence: 'I would consider' testifying to Jan. 6 committee
Politico

Opinion
Trump Is Back on the Ballot
The Atlantic

Opinion
Would the GOP Nominate an Indicted Trump?
The Bulwark