On Tuesday, former Democratic Congressman TJ Cox was indicted on 28 different counts of financial and campaign contribution fraud, according to court documents.

The 59-year-old Cox is accused of 11 counts of money laundering, 15 counts of wire fraud, one count of campaign contribution fraud, and one count of financial institution fraud. Cox represented California's 21st congressional District from 2019 to 2021 before losing to Republican David Valadao. Cox served on both the Committee on Agriculture and the Committee on Natural Resources when he was in office.

Right-rated sources were more likely to highlight the news than left-rated sources, and many focused on how Cox served as a Democrat. 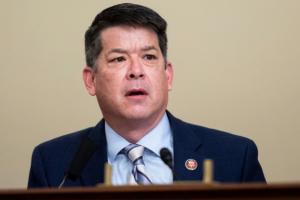 TJ Cox, who represented California’s 21st congressional district as a Democrat from 2019 to 2021, was indicted on 28 different counts of various federal financial crimes on Tuesday.

Cox defeated incumbent Republican David Valadao in the 2018 midterm elections before falling to Valadao in a 2020 rematch. The 59-year-old ex-congressman is accused of “15 counts of wire fraud, 11 counts of money laundering, and one count of financial institution fraud, and one count of campaign contribution fraud,” according to a press release from the Department of Justice.

In that same statement, the... 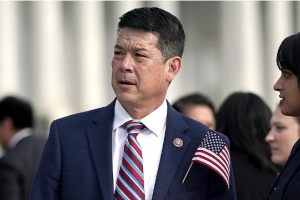 Former Rep. TJ Cox (D-Calif.) has been indicted on 28 counts related to financial and campaign contribution fraud, according to court documents unsealed Tuesday.

The one-term congressman is charged with “15 counts of wire fraud, 11 counts of money laundering, one count of financial institution fraud, and one count of campaign contribution fraud,” according to a release from the Justice Department.

Public sheriff’s office records show Cox was arrested by the FBI in his hometown of Fresno, Calif., on Tuesday.

Cox was released from jail later that day after pleading not guilty, he... 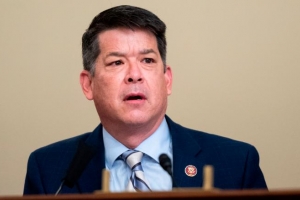 Former US Rep. TJ Cox, a Democrat from California, has been indicted on federal money laundering and wire fraud charges related in part to campaign donations, according to court documents unsealed Tuesday.

Cox pleaded not guilty in federal court on Tuesday afternoon, following his arrest hours before at the Fresno County federal courthouse, according to online records from the county Sheriff's Office. He is charged with 15 counts of wire fraud, 11 counts of money laundering, one count of financial institution fraud and one count of campaign contribution fraud, according...