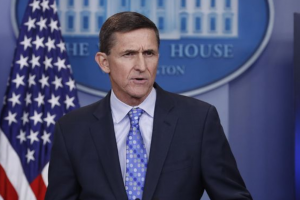 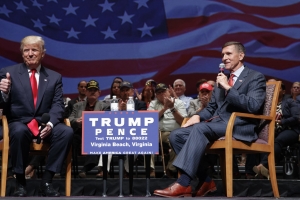 President Trump and his top aides can't seem to shake the Russian bear that follows them around.

It put its paw on the scales of the U.S. presidential election last year, according to the U.S. intelligence community. It cost Trump his then-campaign manager, Paul Manafort. And now the connections between Trump's camp and Moscow might mean that another top aide, National Security Adviser Michael Flynn, could be sent off to Siberia — metaphorically. 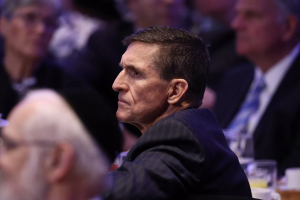 Donald Trump’s national security adviser, Michael Flynn, may be in a lot of trouble.

Late Thursday night, the Washington Post reported that Flynn had called Russian Ambassador Sergey Kislyak on December 29, the same day that Obama had slapped new sanctions on Russia in retaliation for its hack of the US election. The conversation covered the sanctions,

One head start for Biden in unifying Americans

On one foreign-policy stance – stopping genocide in China – the Trump administration gave official support for Mr. Biden’s view, offering a template for...

With less than 24 hours left in office, the Trump administration on Tuesday declared that China’s violent repression against its Uighur population constituted...

WASHINGTON—China has fallen short on meeting its pledges in the “phase one” trade agreement signed last year and the Biden administration will soon commence a...