The FBI released the first declassified document pertaining to the 9/11 terrorist attacks. While a large portion of the 16-page report released on Saturday night remains heavily redacted, it unveils the FBI's investigation of a Saudi consular official and a suspected Saudi intelligence agent in Los Angeles who might have provided "significant logistical support" to the first plane hijackers arriving in the US. While the FBI document describes multiple conversations and phone calls, the Commission could not confidently link the Saudi men to the hijackers. Saudi Foreign Minister Prince Faisal bin Farhan reaffirmed on Sunday that his country has been advocating for the release of these documents for over a decade, claiming they "would completely show that there was no (Saudi) involvement." 9/11 Families United, an organization that serves thousands of families and survivors of the terrorist attacks, said in a statement that they believe the document "puts to bed any doubts about Saudi complicity in the attacks." After the group persistently pressured the White House to declassify the documents, Biden signed an executive order that ordered the Justice Department to make some files available to the public.

Coverage was consistent across the spectrum as most outlets highlighted how the report did not include enough evidence to prove that senior Saudi government officials were involved in the 9/11 attacks. Some right-rated outlets emphasized how the Biden administration "didn’t seek any punishment" against Saudi Arabia’s crown prince, Mohammed bin Salman, after a US intelligence report found that he directly approved the killing of journalist Jamal Khashoggi. 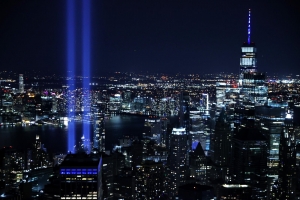 The FBI ended the 20th anniversary of the Sept. 11, 2001 attacks by releasing a newly declassified document regarding its investigation into support given to two of the Saudi hijackers. The heavily redacted 16-page document details how the hijackers had contact with lots of Saudi associates in the run-up to the attacks but fails to provide conclusive proof that senior officials of the Saudi government were complicit. The document, which was released late on Saturday, is the first record disclosed by the FBI since President Joe Biden issued an executive order calling for...

Read full story
Some content from this outlet may be limited or behind a paywall.
See full media bias rating for Slate
From the Right
2043
FBI
FBI releases newly declassified 9/11 document 20 years after attacks
Fox News (Online News) 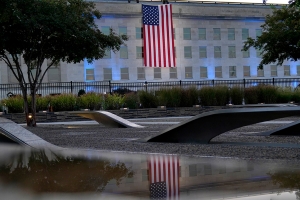 The document was released exactly 20 years after the 9/11 terrorist attacks and days after President Biden requested a declassification review from the FBI and other government agencies related to the tragedy.

The document summarizes an FBI interview conducted in 2015 with a Saudi man applying for U.S. citizenship who had frequent contact with other Saudi nationals in the U.S. who provided "significant logistical support" to the first hijackers arriving in the... 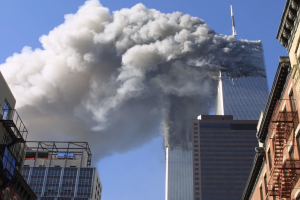 The Biden administration has declassified a 16-page FBI report tying 9/11 hijackers to Saudi nationals living in the United States. The document, written in 2016, summarized an FBI investigation into those ties called Operation ENCORE.

The partially redacted report shows a closer relationship than had been previously known between two Saudis in particular — including one with diplomatic status — and some of the hijackers. Families of the 9/11 victims have long sought after the report, which painted a starkly different portrait than the one described by the 9/11 Commission...

FBI agents on Tuesday swarmed the home of Russian oligarch Oleg Deripaska in Washington, D.C., an agency spokesperson confirmed to NBC News. The reason for...

DOJ to Investigate Threats Against School Board Members

The Department of Justice will mobilize the FBI in response to a spike in harassment, intimidation and threats of violence against school board members across...

US to restore full pension of FBI official fired under Trump

Former FBI Deputy Director Andrew McCabe has won back his full pension as part of a settlement of his lawsuit arising from his firing during the Trump...

The Justice Department said Tuesday it is reviewing a previous decision not to charge FBI agents accused of mishandling the investigation into disgraced former...

FBI to Work With State, Local Agencies to Address Threats Made to School Boards, Teachers

Attorney General Merrick Garland addressed "a disturbing spike in harassment, intimidation, and threats of violence" against schools and employees on...

House Minority Leader Kevin McCarthy took aim at a new Department of Justice policy intended to crack down on alleged "threats of violence...

Attorney General Merrick Garland on Oct. 4 announced a concentrated effort to target any threats of violence, intimidation, and harassment by parents...