Elon Musk, CEO of Tesla and SpaceX, tweeted that he might start a website where "the public can rate the core truth of any article & track the credibility" of journalists and press. Reactions on Twitter and among the press were strong, with many press describing Musk's comments as rants that were self-motivated rather than a benevolent effort to improve the state of the media. 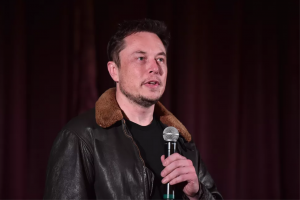 The interestingly named Pravda, which was also the name of a Russian communist propaganda broadsheet, means "truth" in Russian, and it will be somewhat akin to a Yelp for journalism. Musk, the founder of SpaceX... 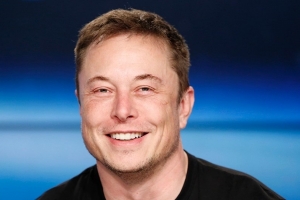 Tesla CEO Elon Musk aired his frustration with the media on Wednesday, issuing a series of tweets calling out the “hypocrisy of big media companies” before floating the idea of starting a website which would allow the public to rate journalists. “The holier-than-thou hypocrisy of big media companies who lay claim to the truth, but publish only enough to sugarcoat the lie, is why the public no longer respects them,” Musk started out by tweeting.

Musk went on to claim that “journos are under constant pressure to get max... 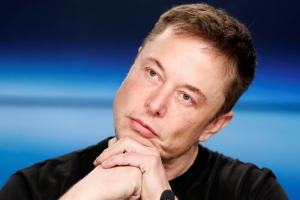 Elon Musk, the billionaire who has ambitions to colonize Mars and whose companies make electric vehicles and rockets, spent part of his Wednesday criticizing an already beleaguered and much-maligned group of humans on Earth.

Yes, Mr. Musk, 46, the chief executive of SpaceX and Tesla, could not help unloading on the news media — members of which have written articles, especially in recent months, about the many problems that have plagued his companies.

Fox News acknowledged Trump’s loss. Facebook and Twitter cracked down on election lies. But true believers can get their misinformation elsewhere. When fox...

AT FOX NEWS, a funny thing happened on the road to redemption. As Donald Trump fell behind in the presidential vote count, Fox began pivoting away from the...

A Popular Political Site Made a Sharp Right Turn. What Steered It?

Right-wing media have championed Sweden’s “low-scale” approach to the coronavirus pandemic as an alternative to stricter government mandates deployed in the...

When Republicans push back on Trump

Fox News host Tucker Carlson apologized Friday for a report earlier in the week that falsely claimed a man who had been dead for 14 years voted in the 2020...

It’s not just an election that divides America, it’s where to go for facts
ANALYSIS

A few mornings ago, when Mary Ring’s granddaughter asked her, “Are you sad that Biden won?” the Kenosha County resident was quick to respond. “No,” Ms. Ring...

If Voters Had Known About 8 Stories Media Ignored, Trump Would Have Won, Says Media Watchdog

The head of a media watchdog organization says the media’s failure to cover eight stories may be the reason President Donald Trump lost the election. “The...

The media really wants to ruin your Thanksgiving holiday. As each day gets closer to the day when millions of Americans will get together with their families...

On Tuesday, the “fact checkers” at Snopes ardently defended Gov. Andrew Cuomo by attacking an accurate tweet as "Mostly False." The headline was: Did Gov....