In a tweet early Friday morning, billionaire business tycoon Elon Musk stated that his $44 billion deal to takeover Twitter was "temporarily on hold" as he awaits confirmation from Twitter on just what percentage of their users are real users.  Musk is questioning whether or not the number of spam or fake accounts might be higher than the 5% of users that Twitter is currently claiming. About two hours later, Musk tweeted that he was "still committed to acquisition."

News sources across the spectrum pointed out the belief that Musk may be asking for confirmation in an effort to drive down the purchase price.  It was in April that Twitter agreed to sell the company to Musk, who plans to take the company private and make the social media platform more open to free speech. Since that time, Musk has reportedly been seeking out additional investments beyond his original plan as his company Tesla's stock price has weakened. 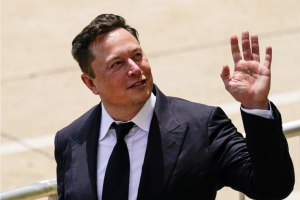 Elon Musk said Friday that his plan to buy Twitter for $44 billion is “temporarily on hold” as he tries to pinpoint the exact number of spam and fake accounts on the social media platform, another twist amid signs of internal turmoil over the proposed acquisition.

Musk, who has been vocal about his desire to clean up Twitter’s problem with “spam bots” that mimic real people, appeared to question whether the company was underreporting them.

In a tweet, the Tesla billionaire linked to a Reuters story from May 2 about a... 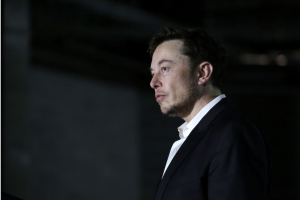 Elon Musk tweeted early Friday that his $44 billion bid to buy Twitter was temporarily on hold as he examined the number of spam accounts on the site, sending the company’s stock on a steep slide in premarket trading.

“Twitter deal temporarily on hold pending details supporting calculation that spam/accounts do indeed represent less than 5% of users,” he tweeted, linking to a Reuters article from last week citing a Twitter filing.

It was not immediately clear how the Tesla CEO would...

Read full story
Some content from this outlet may be limited or behind a paywall.
See full media bias rating for Washington Post
From the Right
1637
Technology
Elon Musk says Twitter takeover 'temporarily on hold'
Washington Examiner

Elon Musk's $44 billion deal to buy Twitter is "on hold" for the moment, the billionaire business tycoon said on Friday.

The price of shares in the social media company dipped double digits in premarket trading after the Tesla and SpaceX CEO's tweet.

In his tweet announcing the snag in the deal, Musk shared a news article from earlier this month about a Twitter disclosure in which the company estimated that fake or...

Read full story
Some content from this outlet may be limited or behind a paywall.
See full media bias rating for Washington Examiner
More Stories »
Technology, Twitter, Elon Musk
Go ad-free! Support AllSides.
About these ads

It Begins: Heads Start To Roll At Twitter As Two Top Leaders At Company Out
The Daily Wire