The U.S. economy grew at an annualized rate of 6.5% in the second quarter of 2021, according to a Bureau of Economic Analysis report released Thursday. The country's gross domestic product (GDP) grew 1.6% from Q1 of 2021, and is now higher than it was before the start of the COVID-19 pandemic. Some economic analysts and experts reportedly expected annualized Q2 growth to be closer to 8.5%.

Left-rated outlets often focused on the rapid pace of growth, quoting optimistic sources and placing less attention on the fact that the final number missed economists' expectations. Center- and right-rated outlets highlighted the growth while also framing it as underwhelming, attributing the shortcomings to labor shortages, supply chain issues, and concerns about the Delta variant. 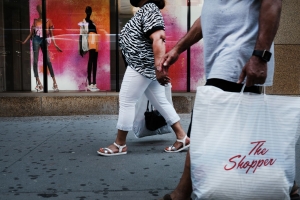 The U.S. economy grew rapidly in the second quarter and exceeded its pre-pandemic size, but the outlook has suddenly turned cloudier due to the fast-spreading Delta coronavirus variant.

Virus cases are rising again, particularly in parts of the country where vaccination rates remain low. The Centers for Disease Control and Prevention this week recommended that vaccinated people resume masking indoors in places with high or substantial transmission of coronavirus, leading some local governments and businesses to reinstate restrictions on activity.

Apple Inc., for instance, said it would require workers and customers to wear masks in...

Read full story
Some content from this outlet may be limited or behind a paywall.
See full media bias rating for Wall Street Journal (News)
From the Right
302
Economy and Jobs
US GDP falls short as supply-chain disruptions, labor shortages stunt comeback
Fox Business 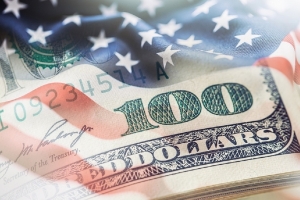 The U.S. economy grew less than expected in the three months through June as supply-chain disruptions and labor shortages slowed the pace of economic activity while the country reopened from its COVID-19 lockdowns.

Gross domestic product – the broadest measure of economic performance – grew at a 6.5% annual rate during the second quarter, according to an advance estimate released Thursday by the Commerce Department. Analysts surveyed by Refintiv were expecting 8.5% growth. First-quarter GDP was revised down to 6.3% from its previous reading of 6.4%.

The above-trend growth in the second quarter reflected... 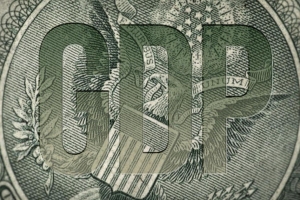 U.S. economic output has surpassed its pre-pandemic level after growing rapidly in the April-to-June quarter, the government announced Thursday.

The nation's gross economic product — the sum of all goods and services produced in the American economy — grew at a robust annualized rate of 6.5% in the second quarter of 2021, as vaccinations and government aid unleashed spending, the Bureau of Economic Analysis said Thursday.

The quarterly figure was less than analysts had expected, but the economy was likely held back mainly by supply shortages in goods, components and labor.

Applications for U.S. state unemployment benefits unexpectedly rose last week, led by a surge in claims in California, a sign of choppy weekly data as the...

Jobless claims climbed slightly last week, as demand for workers keeps a lid on layoffs and the economic recovery shows signs it is holding up during...

Jobless claims more than anticipated as economy struggles to recover

The number of new applications for unemployment benefits rose 16,000 last week to 351,000, the Labor Department reported on Thursday. The new numbers were...