A Department of Justice report released Thursday after a two-year investigation concluded that Yale University "illegally discriminates against Asian American and white applicants in its undergraduate admissions process in violation of Title VI of the 1964 Civil Rights Act." The university responded by saying it does not plan to change its admission process, and called the report "a meritless, hasty accusation."

Reporting was relatively similar throughout the spectrum. Coverage from left-rated outlets generally placed more of a focus on Yale's rebuttal. 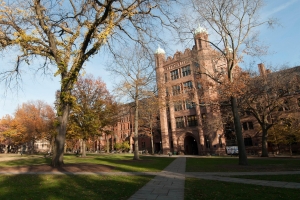 The Justice Department on Thursday accused Yale University of illegally discriminating against Asian American and white students in admissions, a major escalation of the administration's attacks on affirmative action.

If Yale does not change its admissions policy, "the Department will be prepared to file a lawsuit," according to a letter from Eric Dreiband, Assistant Attorney General for Civil Rights.

Yale said the school was dismayed by the allegation and called the government's conclusion hasty and meritless. 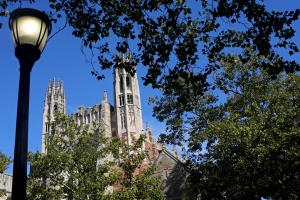 Why it matters: The claim is an extension of the Trump administration's efforts to challenge race-based admissions policies at elite universities, and comes after a two-year investigation in response to complaints from students about the application process at some schools.

The Supreme Court has previously ruled on affirmative action, upholding the consideration of race in college admissions, per Reuters.
What they're saying: “There is no such... 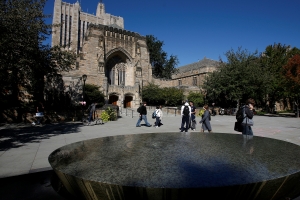 In a letter to the college’s attorneys Thursday, the department said that Yale “rejects scores of Asian American and white applicants each year based on their race, whom it otherwise would admit.”

More news about Race and Racism