Democratic lawmakers have requested Google to promptly update its search engine results to give more accurate results to users seeking information about abortions.

In a letter sent Friday to Alphabet CEO Sundar Pichai, 20 Democratic members of Congress and Independent Sen. Bernie Sanders (Vt.) labeled pregnancy centers that do not offer abortions "fake clinics." The request was prompted by a study released last week by the Center for Countering Digital Hate, which found that 11% of the results for a search for an "abortion clinic near me" or "abortion pill" in some states were for centers that oppose abortion.

The story was notably covered by prominently right-rated outlets. While headlines from left-rated reports were more likely to say the lawmakers were urging Google to "fix" the issue, right-rated headlines used terms such as "restrict," "block," and "suppress."

Some left-rated outlets highlighted how Google was promoting "abortion misinformation" and that because these particular pregnancy centers don't offer abortions, they "do not actually provide care." Conversely, many right-rated outlets painted this move as the Democrats’ "public push to stifle crisis pregnancy centers" and labeled The Center for Countering Digital Hate as a "foreign dark-money group." 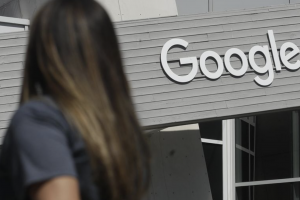 The lawmakers called pregnancy centers that do not offer abortions “fake clinics.”

In a letter to Google Chief Executive Officer Sundar Pichai, the lawmakers wrote, “Directing women towards fake clinics that traffic in misinformation and don’t provide comprehensive health services is dangerous to women’s health and undermines the integrity of Google’s search results.”

The letter, which was spearheaded by Sen. Mark Warner of Virginia and Rep. Elissa Slotkin of Michigan, was signed...

Read full story
Some content from this outlet may be limited or behind a paywall.
See full media bias rating for Washington Times
From the Left
280
Abortion
Lawmakers urge Google to fix abortion searches suggesting ‘fake clinics’
Washington Post 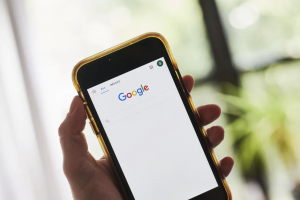 U.S. lawmakers are questioning Google over how the company’s search engine shows users in certain states inaccurate results about abortion services by diverting them to “fake clinics” that don’t provide the procedure and dissuade people from ending a pregnancy.

In a letter sent Friday to Sundar Pichai, the CEO of Google’s parent company, Alphabet, 20 Democratic members of Congress and Independent Sen. Bernie Sanders (Vt.) urged the company to quickly rectify the search accuracy issue, noting it comes as a U.S. Supreme Court decision due later this month could overturn the right...

Read full story
Some content from this outlet may be limited or behind a paywall.
See full media bias rating for Washington Post
From the Center
280
Abortion
U.S. lawmakers urge Google to fix abortion searches that steer women to 'fake clinics'
Reuters 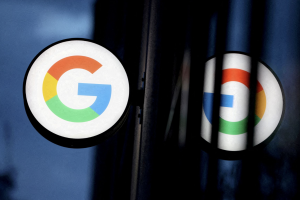 U.S. lawmakers urged Alphabet Inc's leading Google search engine to give accurate results to people seeking abortions rather than sometimes sending them to "crisis pregnancy centers," which steer woman away from the procedures.

The request came in a letter, whose top signatories were Senator Mark Warner and Representative Elissa Slotkin, sent to Google on Friday and first reported by Reuters.

The letter was prompted by a study released last week by the nonprofit Center for Countering Digital Hate. The study found that 11% of the results for a search for an...

News
White House braces for the death of Roe v. Wade
The Hill