Seven Democratic senators questioned the FBI’s supplemental investigation of then-Supreme Court nominee Brett Kavanaugh in 2018 after a letter from FBI Assistant Director Jill Tyson said the FBI received 4,500 tips and had provided all “relevant” ones to the Trump White House. The senators said that Tyson’s letter, sent on June 30 to Sens. Sheldon Whitehouse (D-R.I.) and Chris Coons (D-Del.), “confirms that the FBI’s tip line was a departure from past practice and that the FBI was politically constrained by the Trump White House.” Lawyers for Christine Blasey Ford, the woman who alleged Kavanaugh had sexually assaulted her when they were teenagers, said the letter showed the investigation to be a “sham.” Kavanaugh has denied Blasey Ford’s allegations. 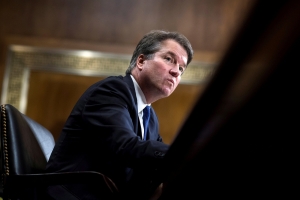 A group of Democratic senators is demanding more answers from the FBI after the agency revealed new details about the limited scope of its supplemental investigation into Brett Kavanaugh's background when he was a nominee for the Supreme Court.

In a letter June 30 to Sens. Sheldon Whitehouse, D-R.I., and Chris Coons, D-Del., made public Thursday, Jill Tyson of the FBI's congressional affairs office acknowledged that the department conducted only 10 additional interviews in its supplemental investigation, even though it had received over 4,500 tips. 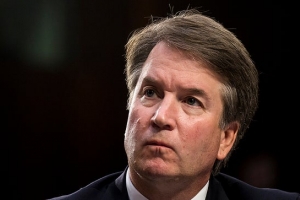 Senate Judiciary Committee Democrats are criticizing the FBI over its handling of the tip line in its investigation of the sexual misconduct allegations of now-Supreme Court Justice Brett Kavanaugh.

The Democrats, led by Sens. Sheldon Whitehouse (R.I.) and Chris Coons (Del.), wrote a letter to FBI Director Christopher Wray on Wednesday seeking answers after the agency revealed it gathered more than 4,500 tips in relation to its investigation of the claims against Kavanaugh.

The lawmakers wrote that revelation “confirms that the FBI’s tip line was a departure from past practice and that the FBI was politically constrained... 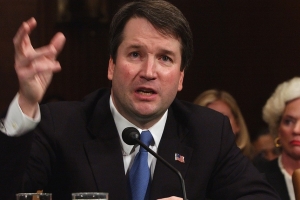 Seven Senate Judiciary Committee Democrats demanded the FBI explain its use of a novel tip line implemented during a supplemental background investigation into then-Supreme Court nominee Brett Kavanaugh in 2018.

In a Tuesday letter to Director Chris Wray, Democratic senators accused the FBI of being “politically constrained by the Trump White House,” demanding to know what extent the agency vetted tips and whether the administration prevented it from doing so.

A long-suppressed FBI report on Saudi Arabia’s connections to the 9/11 plot has revealed that Saudi religious officials stationed in the United States had more...

A group of Democratic senators is demanding more answers from the FBI after the agency revealed new details about the limited scope of its supplemental...

The number of reported hate crimes nationwide against Asian and Black people sharply increased in 2020, according to new FBI data released Monday. Hate...

The FBI has found scant evidence that the Jan. 6 attack on the U.S. Capitol was the result of an organized plot to overturn the presidential election result,...

Report: FBI was in possession of viral Hunter Biden video saying laptop stolen by Russians — and...

A new report alleges that the FBI must have known as early as December 2019 that Hunter Biden thought Russians had stolen one of his laptops and would use...

The FBI had knowledge that a second laptop had been stolen from Hunter Biden and that laptop contained material making the Biden family a national security...

Seven Senate Judiciary Committee Democrats demanded the FBI explain its use of a novel tip line implemented during a supplemental background investigation into...