Democratic lawmakers plan to introduce legislation that would add four new seats to the Supreme Court. Senator Ed Markey, and Reps. Jerry Nadler, Hank Johnson and Mondaire Jones will hold a press conference to introduce the bill Thursday on the steps of the Supreme Court. The Supreme Court can be expanded through Congress, though the Democrats' majorities are slim and many lawmakers oppose the idea; President Joe Biden has said he is "not a fan" of court-packing. This initiative comes after Biden last week signed an executive order establishing a bipartisan commission to look into possible changes to the Supreme Court’s membership, jurisdiction and lifetime terms and report back in six months. The move reflects a battle over the future of the court after former President Donald Trump appointed three conservative justices in four years, while Senate Minority Leader Mitch McConnell denied a vote in 2016 to former President Barack Obama's pick to fill a vacancy, citing an election year.

The story received coverage across the political spectrum. Outlets from across the spectrum analyzed the bill's likelihood of passing. 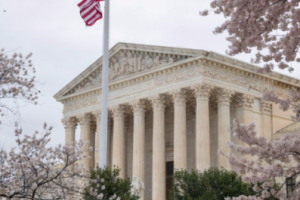 Democratic lawmakers plan to introduce legislation on Thursday that would add four seats to the Supreme Court, an initiative that has slim hopes of passage but reflects progressives’ impatience with President Biden’s cautious approach toward overhauling a court that turned to the right during the Trump administration.

Read full story
Some content from this outlet may be limited or behind a paywall.
See full media bias rating for Wall Street Journal (News)
From the Right
319
Supreme Court
Democrats to propose legislation expanding the Supreme Court
Fox News (Online News) 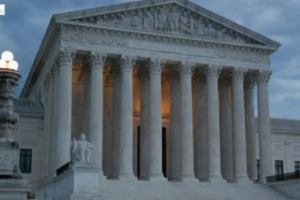 Democratic lawmakers are set to unveil legislation Thursday to expand the number of justices on the Supreme Court.

Sen. Ed Markey, D-Mass., and Reps. Jerry Nadler, D-N.Y., Hank Johnson, D-Ga., and Mondaire Jones, D-N.Y., will hold a press conference on Thursday to introduce the proposal on the steps of the Supreme Court.

Given their control of the White House and the Senate, the legislation could allow them to supersede the current conservative majority by "packing" the Court with liberal justices. 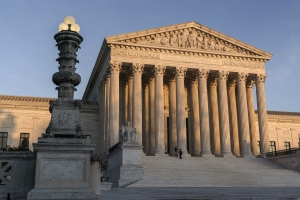 Congressional Democrats will introduce legislation Thursday to expand the Supreme Court from nine to 13 justices, joining progressive activists pushing to transform the court.

The move intensifies a high-stakes ideological fight over the future of the court after President Donald Trump and Republicans appointed three conservative justices in four years, including one who was confirmed days before the 2020 election.

The Democratic bill is led by Sen. Ed Markey of Massachusetts and Rep. Jerry Nadler of New York, the chair of the House Judiciary Committee. It is co-sponsored by Reps....