President Joe Biden signed the $280 billion CHIPS and Science Act on Tuesday — the latest in a string of legislative accomplishments some analysts say could boost Democrats’ 2022 elections outlook.

Biden’s recent wins include killing a top al-Qaeda leader, passing the Inflation Reduction Act in the Senate, and signing the bipartisan CHIPS and Science Act. The 79-year-old president also recovered from a rebound case of COVID-19, and U.S. gas prices fell to an average of $4.03 per gallon. Biden’s poll numbers appeared to rise slightly towards the end of July, according to a polling average by FiveThirtyEight (Center bias). White House officials and others began touting a meme called “Dark Brandon” on Twitter to celebrate Biden over the weekend.

The accomplishments came after a period of rising dissatisfaction with the president. While Republicans continued to blame him for high inflation and unauthorized immigration, Democrats began criticizing him for inaction, with some even considering alternate 2024 presidential candidates.

Perspectives were split along partisan lines, with some voices from the right arguing that Biden was still “miserably inadequate.” Voices from the center and left were more mixed, with some saying the news offered Democrats a “glimmer of hope.”

Biden Is on a Roll That Any President Would Relish. Is It a Turning Point?
New York Times (News) 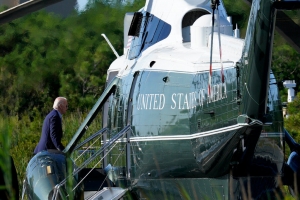 President Biden arrived at Air Force One on Monday with a jaunty step, a playful manner and a huge grin. “Feeling great,” he declared. He meant physically, having finally ended his lengthy bout with Covid-19, but he could have been talking about his presidency writ large.

Mr. Biden has emerged from medical isolation to a new political world. Suddenly, the administration that could not get anything right, that could not catch a break, was on a roll that any president would relish: Major legislation cruising to passage, at least some economic indicators...

Biden is passing laws - but is he winning hearts?
BBC News 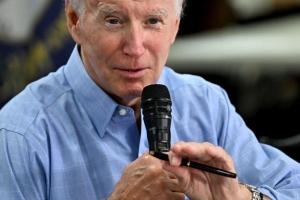 A day after the marathon voting session that saw his climate change bill passed by the Senate, President Joe Biden was off to Kentucky to meet people affected by flooding.

The state has been hit by a deluge that has toppled homes into rivers, left dozens dead and many more missing - the kind of event that will become more likely as a result of climate change.

For the president, it was a chance to cement his administration's ownership of a landmark piece of legislation on one of the most... 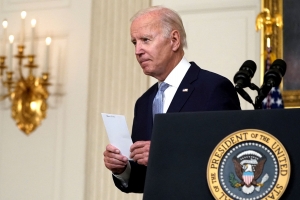 Polls show that even his own party has very little confidence in him.

Every dog has his day, and apparently so does every miserably inadequate president.

Joe Biden, who has been out of touch, tone-deaf, and disturbingly incompetent from the outset of his presidency, suddenly has the “Big Mojo,” or at least the “Moderate-Sized This-Isn’t-Quite-the Legislative-Debacle-We-Expected Mojo.” 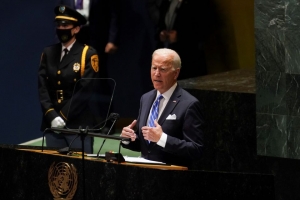 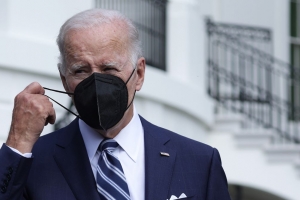 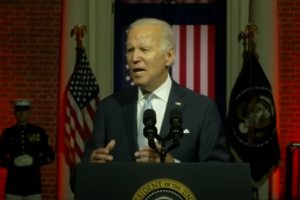 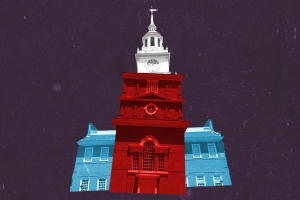 Is the Pandemic Over . . . or Not?
National Review