From the Center
308
Elections
2020 primary debate guide: Everything you need to know ahead of the October showdown
The Hill 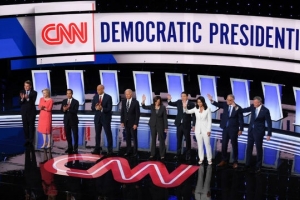 Twelve Democratic primary hopefuls are gearing up to take the stage Tuesday night at Otterbein University in Westerville, Ohio, for the fourth Democratic primary debate, in what is being billed as the largest single debate in a U.S. presidential campaign cycle. 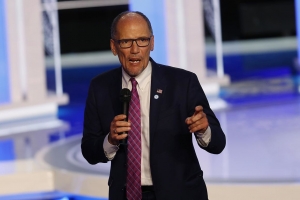 As Democratic presidential candidates barrel into the fall, they are still waiting for the party to write the rules for the most important events of the campaign.

The candidates are bracing for another round of strict new debate criteria from the Democratic National Committee, which has already halved the list of candidates making the debate stage and could once again shrink it drastically within weeks.

A new national poll on the eve of the Democrats’ fourth-round presidential primary debate showed Sen. Elizabeth Warren of Massachusetts and former Vice President Joe Biden locked in a close race for their party’s nomination.

Warren stood at 30 percent support in a Quinnipiac University survey Monday of Democratic voters and independents who leaned toward the party. Biden, the unrivaled front-runner until Warren’s surge in the polls the past couple of months, was at 27 percent.

After the city of Jacksonville, Florida, announced that masks will be mandatory for public and indoor locations starting Monday, White House press secretary...

(CNN) - President Donald Trump on Sunday morning told America who he believes are "great people." They're the supporters who scream "white power" in response...

A little more than four months before Election Day, the Trump and Biden campaigns each announced massive fundraising totals as the former vice president's...

President Donald Trump and his challenger, Joe Biden, have found something they agree on: The November election could be rife with corruption because of how...

Jacksonville, Florida, is adopting a mandatory mask policy for public gatherings in indoor locations, as well as any other scenario where social distancing isn...

White House press secretary Kayleigh McEnany on Monday defended President Trump's retweet a day earlier in which the president shared a video of a man in...

The Hill
Race and Racism