The Second Circuit Court of Appeals has ruled that President Donald Trump cannot "block" other users on Twitter.

The ideologically diverse court decided that Twitter is a public platform where voters communicate with their elected officials. The court went on to say that any blocking of users can be deemed silencing dissent, thus infringing on the First Amendment.

Left-leaning media has focused on Trump's use of Twitter to degrade opponents and foes, while also fighting in court to block users who oppose him. However, some on the left deemed the court ruling to be "unpersuasive." The right seems to hold both disappointment and enthusiasm, speculating that Trump may take this case to the Supreme Court. 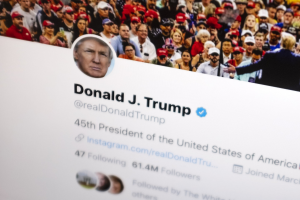 In a 29-page ruling on Tuesday, a three-judge panel of the 2nd U.S. Circuit Court of Appeals unanimously upheld a lower court's decision that found that Trump violated the First Amendment when he blocked certain Twitter users, because he uses his Twitter account "to conduct official business and to interact with the public." By preventing critics from accessing his feed, the president is barring them from participating in what... 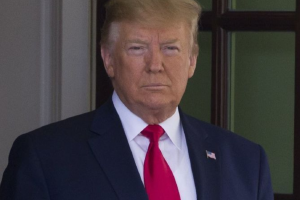 A federal appeals court ruled on Tuesday that President Trump violated the 1st Amendment by blocking some critics from access to his Twitter feed. The decision by the U.S. 2nd Circuit Court of Appeals might seem like poetic justice visited on a president who can dish it out but can’t take it. But as a matter of constitutional law, the ruling isn’t persuasive.

In 2017, a group of Twitter users who had been blocked from seeing and responding directly to Trump’s tweets filed suit in federal court in New York....

Read full story
Some content from this outlet may be limited or behind a paywall.
See full media bias rating for Los Angeles Times
From the Right
1128
Free Speech
OPINION: The Second Circuit Court of Appeals Was Wrong to Rule That Trump Can’t Block Twitter Users
Guest Writer - Right

Earlier today the Second Circuit Court of Appeals ruled unanimously that Donald Trump cannot block Twitter users from following his @realDonaldTrump account. It’s an interesting decision from an ideologically diverse judicial panel that at first glance appears to be a straightforward application of conventional First Amendment law. It’s also wrong. It makes a crucial error that reflects a fundamental misunderstanding of speech on private social-media platforms.

Boiled down to its essence, the court’s reasoning contained two key elements. First, it ruled that Trump’s Twitter account represents an outlet for official...