Controversy After Ben Shapiro Guest Writes a Newsletter for Politico

Prominent conservative pundit Ben Shapiro was featured as a guest writer on a newsletter for Politico (Lean Left media bias) this week, sparking polarized reactions throughout the media world. A few journalists praised Politico for publishing diverse perspectives; many others criticized the outlet for purportedly giving voice to "white supremacists". Politico's editor in chief has stood by the decision, despite reportedly fielding complaints from upset staff members.

Reports on all sides focused specifically on the feedback from Politico staff. Some coverage from left-rated outlets focused on past statements from Shapiro, often framing them as insensitive or hateful. Some reports from right-rated sources framed the pushback from journalists as hypocritical in light of journalism's connection to freedom of expression.

Controversy After Ben Shapiro Guest Writes a Newsletter for Politico 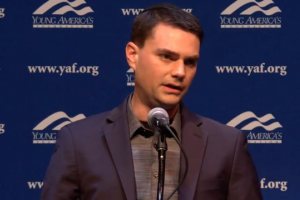 The controversy came after Shapiro used the newsletter to defend the House Republicans who opposed impeaching President Trump over his role in inciting last week’s deadly riot at the U.S. Capitol.

The House voted 232 to 197 to impeach Trump for a second time on Wednesday, with 10 Republicans siding with Democrats.

Shapiro wrote that that GOP opposition to impeachment comes from a “deep and abiding conservative belief that members of the opposing political... 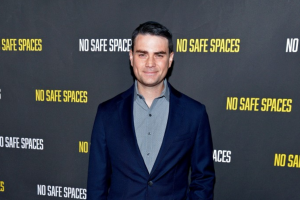 Politico faced an internal uproar on Thursday after its decision to let right-wing podcast host Ben Shapiro write a guest column in its widely read Politico Playbook newsletter, with staff asking editors why a pundit with “a long history of bigoted and incendiary commentary” would be given such a massive platform.

Shapiro, who rose to prominence as an editor at far-right media outlet Breitbart before founding right-wing aggregation site The Daily Wire and becoming a YouTube and talk radio personality, routinely courts online outrage through bigoted rhetoric. After supporters... 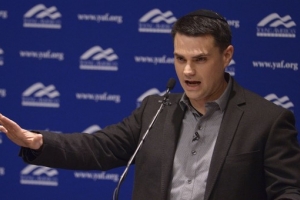 The Daily Wire will be sending 225 of their "Leftist Tears" tumblers to Politico for their staff following much outrage at the news outlet after Editor-in-Chief Ben Shapiro guest wrote Thursday's edition of Playbook, their daily newsletter.

"I know that a single conservative opinion was enough to make 225 journalists at Politico very sad. We just want to make sure they don’t get their desks wet," Daily Wire co-CEO Jeremy Boreing told Townhall.

The Daily Beast reported there was internal pushback at Politico after the newsletter went out. One staffer...

To watch Fox News is to be immersed in a bizarre alternate reality ruled by tyrannical leftists who are obsessed with eliminating America’s most treasured...

Fox News once banned its hosts from speaking at partisan events. Then it went all in on CPAC.
ANALYSIS

On Tuesday, New York Times columnist David Brooks published a 900-word ode to Facebook Groups and how they foster online communities around the world. The...

When will Biden hold a press conference?
OPINION

After a Tuesday appearance on his administration’s response to covid-19, President Biden took a couple of questions from the assembled media. When would things...

Around the world, journalists are being targeted at record levels by despots, eager to silence the press. Why it matters: Experts worry that the United...

Is the press too pessimistic about the pandemic?
OPINION

YESTERDAY, PRESIDENT BIDEN gave a speech at the White House and said that the US is on track to have enough vaccine supply to cover every adult in America by...

Former Presidents and Vice Presidents have told us how psychologically difficult the early months of lost political power can be. We can therefore empathize if...

Google Announces End To Ad-Selling Based On Individual Web Browsing

On Wednesday, Google announced a shift in its current ad-selling policy in a move away from tracking users on an individualized level. Next year, the company...