China Daily, an English-language newspaper run by the Chinese government, reportedly paid almost $2 million to various U.S. news companies for printing and advertising expenses between May and October of 2020. First reported by the Daily Caller last week, the expenses came to light after China Daily filed a Foreign Agents Registration Act disclosure last month. The organization paid tens of thousands, sometimes more, to outlets including The Boston Globe, The Wall Street Journal, The Houston Chronicle and the Los Angeles Times. According to the report, the payments usually covered printing expenses or funded advertisements for China Daily in the U.S. newspapers.

The news was only covered by right-rated outlets and one center-rated outlet; most of these reports focused on the notion that China Daily is paying U.S. news companies to publish blatant pro-China propaganda. As of Tuesday night, no left-rated outlets have reported on the China Daily's payments to domestic media organizations. 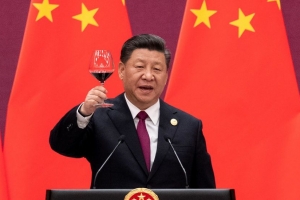 An English-language newspaper controlled by the Chinese Communist Party’s propaganda department paid U.S. media companies nearly $2 million for printing and advertising expenses over the past six months, even amid heightened scrutiny over Beijing’s disinformation efforts in the West.

China Daily paid The Wall Street Journal more than $85,000 and the Los Angeles Times $340,000 for advertising campaigns between May and October 2020, according to a disclosure that the propaganda mill filed this week with the Justice Department under the Foreign Agents Registration Act (FARA). 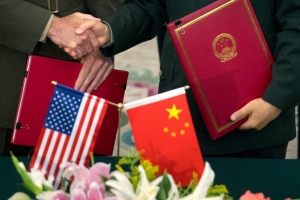 An English-language newspaper run by the Chinese Communist Party has in recent months funneled millions of dollars in printing and advertising expenses to several U.S. media companies, according to a news report.

The report in the Daily Caller is based on a recent Foreign Agents Registration Act filing.

The filing to the Justice Department appears to show China Daily paid the media companies close to $2 million dollars from May to October. 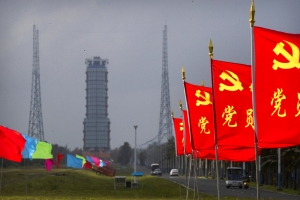 The Chinese Communist Party (CCP) is spending millions on ad space to spread pro-China messages across the United States. The U.S. Department of Justice reported that in just the last four years, Beijing has spent nearly $19 million in an attempt to push pro-China narratives within the country.

The payments have been on behalf of Beijing-controlled China Daily newspaper, which is an English language publication produced by the CCP that has paid millions of dollars just this year.

A Voice of America reporter has been reassigned and taken off the White House beat after she tried to ask questions of Secretary of State Mike Pompeo at an...

Apple and Google are facing new pressure to deplatform Parler, a social network founded as a less moderated and more conservative-friendly alternative to...

James Murdoch, the son of Fox News owner Rupert Murdoch, has spoken out against “media property owners” that spread disinformation leading up to the Jan. 6...

At first, viewed from a distance, it was a rally or protest. Then it became an assault, a riot, an insurrection, domestic terrorism or even a coup attempt. The...

News Use Across Social Media Platforms in 2020
DATA

About half of Americans get news on social media at least sometimesAs social media companies struggle to deal with misleading information on their platforms...

The Media Said Jacob Blake Was Unarmed When He Was Shot. Blake Ends That Narrative.
ANALYSIS

Jacob Blake admitted during his one-on-one interview with ABC News' "Good Morning America" that he was armed with a knife at the time he was shot seven times...

The Daily Wire will be sending 225 of their "Leftist Tears" tumblers to Politico for their staff following much outrage at the news outlet after Editor-in-...

There are some things you just can’t make up. During Wednesday’s debate on the floor of the U.S. House of Representatives over the impeachment of President...

No, AOC, It's Not the Government's Job to 'Rein in Our Media'
OPINION

Rep. Alexandria Ocasio-Cortez (D–N.Y.) told her social media followers earlier this week that Democrats in Congress might respond to the Capitol riot with some...

Rep. Alexandria Ocasio-Cortez, D-N.Y., says that Congress is looking into reining in “our media environment” to prevent the spread of disinformation. Ocasio...