The Centers for Disease Control and Prevention (CDC) on Thursday approved booster shots of the COVID-19 vaccines from Moderna and Johnson & Johnson.

A CDC advisory panel recommended the extra doses Thursday, and CDC director Rochelle Walensky gave her final approval later in the day. The CDC also said people can get a booster of a different vaccine than the one they received initially. The approval makes booster shots available to nearly 100 million Americans, and the newly-approved boosters will likely be available as soon as this weekend. Health officials are urging booster shots for people age 65 or older, nursing home residents, or people age 50 and older who are increased risk of severe disease. The Food and Drug Administration authorized the same expansion plan Wednesday.

The news was covered prominently by left- and center-rated media outlets; right-rated outlets gave it less attention. Coverage on all sides, especially from right-rated outlets, often highlighted skepticism about the need for extra shots expressed by some of the panelists. 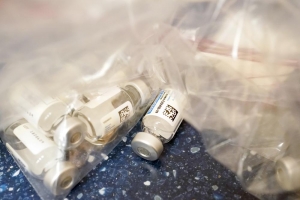 Millions more Americans can get a COVID-19 booster and choose a different company’s vaccine for that next shot, federal health officials said Thursday.

Certain people who received Pfizer vaccinations months ago already are eligible for a booster and now the Centers for Disease Control and Prevention says specific Moderna and Johnson & Johnson recipients qualify, too. And in a bigger change, the agency is allowing the flexibility of “mixing and matching” that extra dose regardless of which type people received first.

The Food and Drug Administration had already authorized such... 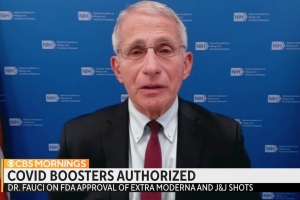 The Centers for Disease Control and Prevention formally recommended booster shots for many recipients of Moderna and Johnson & Johnson's COVID-19 vaccines on Thursday. As a result, up to 99 million Americans are now eligible for additional doses.

Providers expect to administer the first booster shots for the newly eligible Americans as early as tomorrow.

"These recommendations are another example of our fundamental commitment to protect as many people as possible from COVID-19. The evidence shows that all three COVID-19 vaccines authorized in the United States are safe – as demonstrated by the... 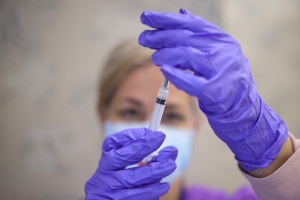 The U.S. Centers for Disease Control and Prevention (CDC) has approved booster doses of the COVID-19 vaccines of the Moderna and Johnson & Johnson brands, including taking different shots for the booster compared to the initial inoculation.

CDC Director Dr. Rochelle Walensky gave her final approval late Thursday after an advisory panel unanimously endorsed the boosters, marking the final step before the vaccine boosters are made available to the public.

“There are now booster recommendations for all three available COVID-19 vaccines in the United States. Eligible individuals may choose which vaccine...

News
COVID Hospitalizations Surge Across U.S., Even in Most Vaccinated States
Newsweek

Analysis
How worried should we be about Omicron, the new coronavirus variant?
CNN (Online News)

News
Covid: WHO urges those at risk from disease to delay travel over Omicron
BBC News

News
Omicron Variant
The Flip Side

News
Fauci says 'he wouldn't be surprised' if Omicron is already in the US as flights continue to arrive from South Africa and Biden is slammed for not banning travel from continent immediately: Two cases of variant are found in the UK
Daily Mail