For the second year in a row, California's population shrank due to declining birth rates, a higher number of deaths attributed to COVID-19, and the decline in international immigration due to travel restrictions and visa limitations.

Some critics, especially on the political right, blame the decline on Democratic policies that they argue have led to increases in crime and homelessness.  Some state officials and reports from left-rated news sources, on the other hand, point to the growing number of families that have moved inland since they can work remotely and enjoy more open space and more affordable housing. 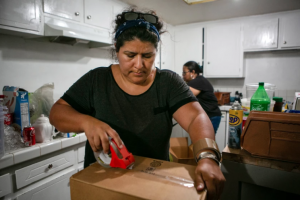 California’s population continued to decline after falling for the first time on record during the COVID-19 pandemic — but that loss is showing signs of slowing, new demographic data indicate.

Read full story
Some content from this outlet may be limited or behind a paywall.
See full media bias rating for Los Angeles Times
From the Center
3134
General News
California population falls for 2nd straight year as most populous state in US marks historic shift
The Californian 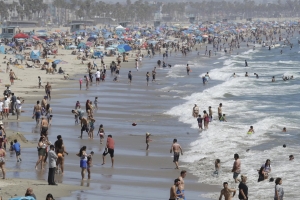 The nation's most populous state is shrinking.

California’s population shrank for the second year in a row in 2021 as the nation’s most populous state was hit by declining birth rates, higher deaths from the pandemic and fewer people moving into the state from elsewhere in the U.S., officials said Monday.

California lost 117,552 people in 2021, putting its population to 39,185,605, the California Department of Finance said. That’s still the largest state population in the country ahead of second-place Texas.

But after years of steady population growth for California that... 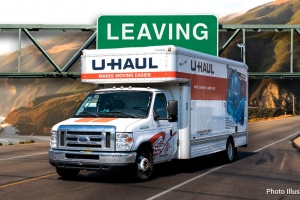 California's population decreased by more than 100,000 people in 2021, the second consecutive year the state has seen a population decline, officials announced Monday.

The state attributes its population drop off to reduced births and immigration, and an increase in deaths and people moving to other states.

Despite the decline, California remains the most populous state in the country with an estimated 39 million residents. In comparison, second-place Texas is home to 29.5 million people.