President Joe Biden's budget plan for the 2023 fiscal year also includes a new minimum income tax on top earners. Is it a good idea, and will it pass?

Announced on Monday, Biden's proposal includes a minimum tax of 20% on the income of American households worth more than $100 million. These people would be required to pay taxes on unrealized gains in the value of their liquid assets, which are typically only taxed when sold. According to the plan, the tax would apply only to the top 1% of the top 1% of households, and would raise close to $360 billion over 10 years. This plan differs from wealth taxes proposed by Sen. Elizabeth Warren (D-Mass.) and others, since it seeks to redefine unrealized gains as income instead of focusing directly on wealth.

Right-rated voices often oppose higher taxes on the wealthy, and in this case, many assail the timing as especially bad given high inflation and the Federal Reserve raising interest rates; some also argue that the proposal would complicate the already-confusing tax code, and that treating wealth as income for tax purposes is unconstitutional. Left-rated voices are often more supportive of higher taxes on the wealthy. Some left-rated voices argued that Biden's proposal could gain public backing and appease the Supreme Court since it's directed at increases in wealth, rather than at pure income, and could encourage the wealthy to inject their capital back into the economy instead of holding onto it. 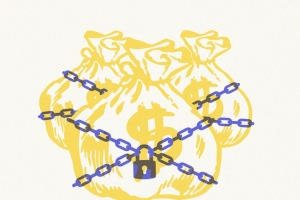 President Biden is trying to pull off a neat trick with his so-called billionaire tax plan: to raise taxes on the wealthy without directly taxing wealth.

The 16th Amendment to the U.S. Constitution gives Congress “power to lay and collect taxes on incomes.” Wealth is not income, so courts have found that straight-ahead wealth taxes are unconstitutional.

Biden’s plan gets around that large obstacle by taxing billionaires on the increase in their wealth. That gain, the administration argues, can be considered income: If your horse farm or your Renoir painting doubles in value, that...

Read full story
Some content from this outlet may be limited or behind a paywall.
See full media bias rating for New York Times (Opinion)
From the Center
302
Economy and Jobs
Can Biden turn his ‘billionaire minimum income tax’ into law? Don’t count on it, analysts say
MarketWatch 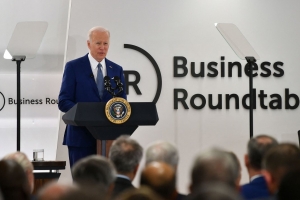 In the latest Democratic effort to increase the tax bill for the super-wealthy, President Joe Biden is calling for a 20% minimum tax on multi-millionaires and billionaires in his new budget.

The “billionaire minimum income tax” is a new take on Biden’s recurring pledge to make the rich pay their “fair share.”

Instead of raising the pre-existing tax rates, this proposal would set a new floor to make sure households worth at least $100 million pay a 20% minimum — and the value of their untapped, unsold assets would all count as a... 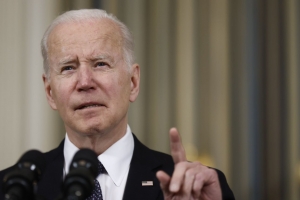 So much for President Biden’s pivot to the political middle. The fiscal 2023 budget he unveiled Monday re-proposes most of the bad ideas that haven’t passed Congress and adds a new one—a tax on wealth that he refused to endorse as a candidate in 2020. On the economy, he’s pivoting further left—presumably to fire up sullen progressives in November.

The White House is proposing a new “billionaire minimum income tax,” which the Federal Trade Commission would call false advertising if a private company tried that description. The tax isn’t limited...