A bipartisan group of lawmakers are working on legislative efforts to overhaul some police standards, and hope to present the bill by May 25, the one-year anniversary of George Floyd's death. The efforts would set federal standards for no-knock warrants, ban chokeholds except in life-threatening situations and place limits on equipment the Defense Department can send to state and local police departments. The bipartisan group, led by Rep. Karen Bass, D-Calif., along with Senators Tim Scott, R-S.C., and Cory Booker, D-N.J., are looking at reform issues that lawmakers on both sides of the political aisle can agree on. This comes after President Joe Biden has called on Congress to pass legislation ahead of the anniversary of Floyd's death.

Outlets from all sides of the spectrum tended to focus on the details of the legislation, and highlighted the key areas where Democrats and Republicans agree. Editor's Note, 5/10/21 at 5:01 pm: Our original summary incorrectly described Booker as a senator from New York. We've corrected this and regret the error. 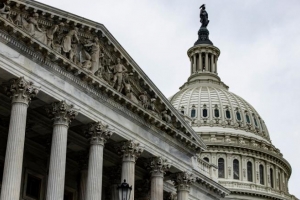 A bipartisan group of lawmakers working on legislative efforts to overhaul policing appear to be nearing an agreement to set federal standards for no-knock warrants, ban chokeholds except in life-threatening situations and place limits on equipment the Defense Department can send to state and local police departments, according to a source familiar with the discussions.

Sens. Cory Booker, a New Jersey Democrat, and Tim Scott, a South Carolina Republican, and Rep. Karen Bass, a California Democrat, have been leading the charge to craft a bipartisan bill that can pass the... 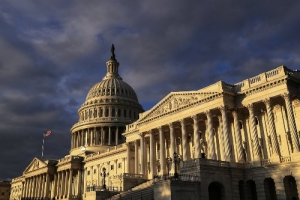 As the May 25 anniversary of George Floyd’s death nears, lawmakers are working across the aisle to introduce bipartisan legislation to overhaul some police standards.

A small group of lawmakers, led by Rep. Karen Bass, D-Calif., along with Senators Tim Scott, R-S.C., and Cory Booker, D-N.Y. -- all of whom previously introduced police reform legislation -- are looking at reform issues that both Democrats and Republicans can get on board with.

Though the legislation is still in early days, lawmakers are hoping to present a bipartisan policing reform bill by... 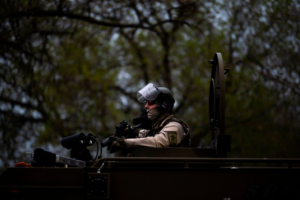 Democratic and Republican staff in Congress are drafting language for possible police-overhaul legislation that would limit the transfer of some military equipment to local departments, ban police use of chokeholds except in life-threatening situations and set federal standards for so-called no-knock warrants, according to people familiar with the talks.

Final language on those measures that would be incorporated in a compromise bill between lawmakers from both sides hasn’t yet been set. And central issues concerning the prosecution and liability of individual police officers remain to be resolved, the people said....

Nakisha Billa’s son was still a baby when she decided to make their first flight to safety. It was early in 2000 and she and Domonic were living in the North...

Can Biden Finish What Obama Started And Close Down Guantanamo?
ANALYSIS

Nineteen years after he was captured in Afghanistan, and five years after a review board ruled he posed no threat to the United States, Abdul Latif Nasser was...