President Joe Biden called on Congress to pass a federal gas tax holiday. Would it make much of an impact?

Energy analysts estimate that pausing the 18.4-cent federal tax per gallon of gasoline for a 3-month period would save drivers between 9 cents and 15 cents per gallon. It would cost the government roughly $10 billion, which would likely come from the Highway Trust Fund. Some states, such as New York and Georgia, have already cut their gas tax for some or all of 2022.

Many Republicans oppose the idea, and most Democrats aren't rushing to support it. Sen. John Thune (R-S.D.), the Senate's #2 Republican, said the plan was "dead on arrival." Senate Majority Leader Chuck Schumer (D-N.Y.) said Democrats would instead focus on how to "crack down on Big Oil’s manipulation of the oil markets."

Many voices across the spectrum criticized the idea. Writers on both left and right opposed how the plan would reduce the Highway Trust Fund, and questioned whether that cost was worth the purportedly minimal short-term savings Americans would see. Some media voices, like MSNBC's (Left bias) Joe Scarborough and Mika Brzezinski, supported the plan, with Scarborough saying Biden "wants to cut taxes on fuel prices when people are suffering, why is that a silly idea?" Wall Street Journal's Editorial Board said "Biden’s energy policy is a jumble of incoherence," and that he "wants political relief from high gas prices but only to get past the next election." 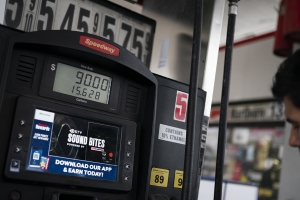 President Biden’s push for a gas tax suspension amid soaring fuel prices is receiving a cool reception among Democrats on Capitol Hill.

Party leadership did not commit to taking up a gas tax moratorium, which requires an act of Congress, and the caucus remains largely divided on the issue.

But, even if Democrats were unified, pausing the tax would face an uphill battle in the Senate because of Republican opposition.

Biden on Wednesday officially endorsed the idea of a gas tax holiday – calling on Congress to suspend the 18-cent tax... 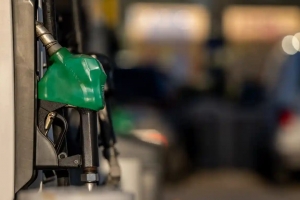 America’s hard-pressed drivers may be about to receive a holiday. On Wednesday Joe Biden called on Congress to suspend the federal tax on gas and diesel until September as the country struggles with soaraway costs at the pump. But experts warned the tax holiday is unlikely to have a major impact on prices and will probably further harm the US’s already battered roads and bridges. If the tax cut even gets passed. 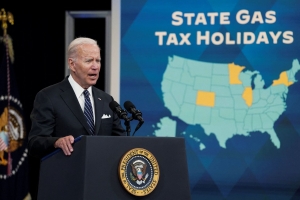 Let’s call the roll on President Biden’s ideas to reduce high gasoline prices. He’s tried lobbying the Saudis, to no avail. Releasing oil from the U.S. strategic reserve; the market yawned. Attacking oil and gas companies for not drilling or refining enough, but he also wants to put those companies out of business.

Now comes the feeblest effort so far—a White House request on Wednesday that Congress suspend the 18.4 cent a gallon federal gas tax for three months. That’s only long enough to reduce the irritation of drivers, er,...