A White House spokesman appeared to deny the report, telling Reuters (Center bias) that “No decisions have been made yet.” According to the Post, which cited “three people with knowledge of the matter,” Biden had planned to announce the move during a commencement address at the University of Delaware on Saturday. The announcement was reportedly postponed after the Uvalde school shooting, which had dominated headlines since Tuesday.

The news prompted reactions from across the spectrum on Friday. Progressive Rep. Alexandria Ocasio-Cortez (D-N.Y.) criticized the $10,000 figure as insufficient, saying, “We can do better.” In contrast, the National Review’s (Right bias) Charles C. W. Cooke wrote that Biden was about to “engage in an act of wanton political suicide.” Meanwhile, a Washington Post analysis said Biden had picked “the most broadly acceptable” amount of debt to forgive.

News coverage was widespread on the left and center but less common on the right; Fox News (Right bias) and the Washington Examiner (Lean Right bias) did not appear to cover the story by Friday evening. 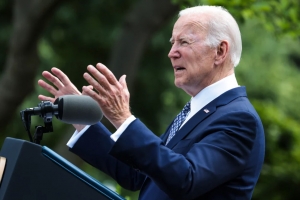 White House officials are currently planning to cancel $10,000 in student debt per borrower, after months of internal deliberations over how to structure loan forgiveness for tens of millions of Americans, three people with knowledge of the matter said.

President Biden had hoped to make the announcement as soon as this weekend at the University of Delaware commencement, the people said, but that timing has changed after the massacre Tuesday in Texas.

Read full story
Some content from this outlet may be limited or behind a paywall.
See full media bias rating for Washington Post
From the Center
302
Economy and Jobs
White House says no decision made on student loan forgiveness
Reuters 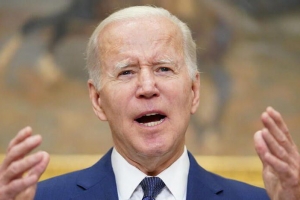 The administration of President Joe Biden has not made a final decision on student loan cancellation, a White House spokesperson said on Friday, after a news report said it was planning to cancel $10,000 in student debt per borrower. 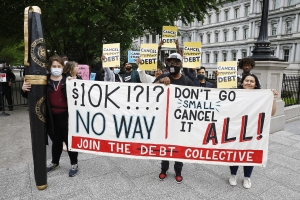 The White House is weighing a plan to cancel up to $10,000 in student loan debt per borrower in a bid to boost youth voter support just months before millions of Americans hit the ballot boxes for the fall midterms, according to a new report.

The debt forgiveness, if enacted, would give Democrats a chicken-in-every-pot-style appeal to voters as they head into an election that could see the party lose one or both congressional majorities.