One million Americans have died from COVID-19, according to an announcement from President Joe Biden and tallies from multiple news sources.

"One million empty chairs around the dinner table. Each an irreplaceable loss. Each leaving behind a family, a community, and a nation forever changed because of this pandemic," the president said in a statement Thursday morning. He stressed the need to "double down on our efforts to get shots in people’s arms," and called on Congress to "take the urgent action to provide emergency COVID-19 funding that is vital to protect Americans." Official tolls say roughly 6.7 million people have died from COVID-19 around the world. Last week, the World Health Organization said that number might be closer to 15 million.

Sources across the spectrum, especially on the left and center but also on the right, framed the news as a grim and somber milestone. Most coverage from center- and left-rated sources emphasized the tragic nature of the milestone and the grief of people who lost loved ones to the virus. A few outlets, such as Reuters, cited their own tallies when reporting the 1 million deaths instead of citing Biden's announcement as the source.

Some reports from right-rated outlets framed Biden and his speech in a negative light, and highlighted his push for more congressional COVID-19 spending alongside mention of inflation concerns and Republicans' criticisms of the idea. 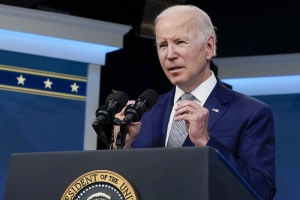 President Biden marked what he called the “tragic milestone” of 1 million US deaths from COVID-19 Thursday by insisting that Congress approve billions of dollars in new spending to boost America’s pandemic response.

“As a nation, we must not grow numb to such sorrow,” the president said in an early morning statement. “To heal, we must remember. We must remain vigilant against this pandemic and do everything we can to save as many lives as possible, as we have with more testing, vaccines, and treatments than ever before. It’s critical that Congress... 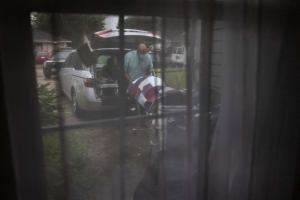 What was once unthinkable — is now a reality.

One million Americans have now died from the coronavirus, according to an announcement made Thursday by President Joe Biden, marking a long-dreaded milestone for an incomprehensible tragedy.

"Today, we mark a tragic milestone: one million American lives lost to COVID-19. One million empty chairs around the dinner table. Each an irreplaceable loss. Each leaving behind a family, a community, and a nation forever changed because of this pandemic. Jill and I pray for each of them," Biden said in a statement. "As... 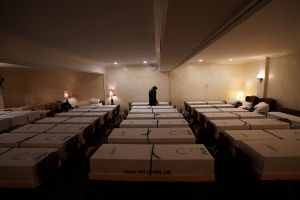 The United States has now recorded more than 1 million COVID-19 deaths, according to a Reuters tally, crossing a once-unthinkable milestone about two years after the first cases upended everyday life and quickly transformed it.

The 1 million mark is a stark reminder of the staggering grief and loss caused by the pandemic even as the threat posed by the virus wanes in the minds of many people. It represents about one death for every 327 Americans, or more than the entire population of San Francisco or Seattle.

News
‘He Has A Story To Tell’: Even An MSNBC Panel Praises DeSantis’ Handling Of COVID
The Daily Caller

News
Mask Mandate Struck Down
The Flip Side