Biden Administration to Prepare Infrastructure Package Up to $3 Trillion

The Biden administration's economic advisers are preparing an economic package that could cost up to $4 trillion, according to a New York Times report. The package, which President Joe Biden promised in his presidential campaign, aims to boost the economy, reduce economic inequality, enact climate change initiatives and provide free community college, universal preschool and a national paid leave program. The package would also include a sweeping infrastructure plan that would likely be financed by tax increases on businesses and wealthy individuals. Biden’s advisers are expected to present the proposal to the president and congressional leaders this week. Some reported that a $3 trillion effort was expected to be broken into two parts: one focused on infrastructure, and the other devoted to other domestic priorities such as schools. White House press secretary Jen Psaki tweeted Monday that Biden would not unveil a proposal this week, but that Biden "is considering a range of options" and added that "speculation is premature."

Coverage from left-rated outlets tended to focus on the areas the package would address, specifically highlighting climate change and renewable energy initiatives. Coverage from the right framed the items addressed in the package as "Democratic priorities" and tended to raise concerns about the growing amount of national debt the bill would incur. 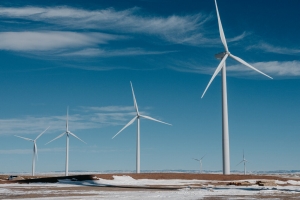 President Biden’s economic advisers are pulling together a sweeping $3 trillion package to boost the economy, reduce carbon emissions and narrow economic inequality, beginning with a giant infrastructure plan that may be financed in part through tax increases on corporations and the rich.

After months of internal debate, Mr. Biden’s advisers are expected to present the spending proposal to the president and congressional leaders this week, as well as begin outreach to industry and labor groups. On Monday, Mr. Biden’s national climate adviser, Gina McCarthy, discussed his infrastructure plans —...

Read full story
Some content from this outlet may be limited or behind a paywall.
See full media bias rating for New York Times (News)
From the Center
835
Economic Policy
Biden infrastructure, jobs spending push could hit $4 trillion
Reuters 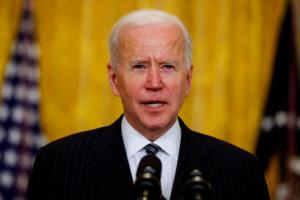 President Joe Biden will be briefed by advisers this week on infrastructure, climate and jobs proposals being considered by the White House that could collectively cost as much as $4 trillion, according to people familiar with discussions. Biden advisers are weighing a price tag of between $3 trillion and $4 trillion for new legislative action, including repairing the country’s crumbling infrastructure and tackling climate change, one source said.

A second source said Biden advisers have a package of proposals totaling up to $3 trillion for infrastructure and other priorities they... 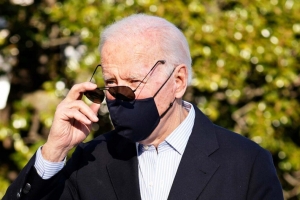 It's been a whole 11 days since President Joe Biden signed a $1.9 trillion spending bill, so naturally the White House is already planning the next, even bigger spending package.

The New York Times reported Monday that Biden's advisors are prepping a $3 trillion hike in federal spending. The money would go to infrastructure projects, climate change initiatives, community colleges, and a variety of other Democratic priorities. The plan may also include higher taxes on businesses and wealthy individuals, but it seems unlikely that the tax increases would offset such...

Read full story
Some content from this outlet may be limited or behind a paywall.
See full media bias rating for Reason
More Stories »
Economic Policy, Infrastructure, Economy and Jobs, sustainability, people and profit, Joe Biden
Go ad-free! Support AllSides.
About these ads

House Democrats will consider as much as $2.9 trillion in tax hikes for the next 10 years — mostly on the extremely wealthy and corporate America — as they...

Democrats are aiming to turn the page and focus on advancing President Biden’s domestic agenda this month — but Republicans will be doing everything they...

A Trump Organization executive that prosecutors have been trying to flip will testify for a grand...

Matthew Calamari Jr., who serves as the Trump Organization's corporate director of security and is the son of the company's chief operating officer, is...

Five years. That's how long until Medicare officially can't pay all of its bills, according to the latest report on the program's fiscal health....