The Biden administration on Tuesday announced a proposal that would require tobacco companies to significantly reduce nicotine levels in cigarettes.

The goal of the initiative, which is part of the administration’s agenda of regulatory actions, is to ease the process of quitting smoking and preventing future generations from getting hooked on cigarettes. The restriction will likely take several years to go into effect given the expected pushback from Big Tobacco companies. Some proposals would require cigarette manufacturers to reduce the amount of nicotine in their products by up to 95 percent.

Cigarette smoking is responsible for more than 480,000 deaths in the U.S. each year, according to the CDC. While harmful physical effects like cancer and lung disease have been linked with smoking for years, some recent studies have suggested smoking can trigger a variety of mental health disorders such as schizophrenia and depression.

Coverage across the spectrum similarly highlighted the dangers of cigarette smoking as well as the obstacles that lawmakers will have to overcome. Some outlets noted that there is "no other nation" with a similar nicotine reduction mandate to what the Biden administration is proposing. Other reports emphasized criticisms that compared the nicotine reduction plan to "alcohol prohibition, especially when combined with the FDA seeking a ban on menthol-flavored cigarettes." 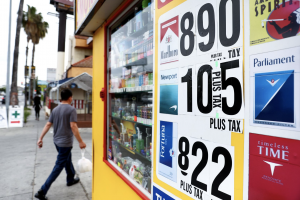 The Biden administration is moving forward on a plan to mandate the elimination of nearly all nicotine in cigarettes, a policy that would upend the $95 billion U.S. cigarette industry and, health officials say, prompt millions of people to quit smoking.

The plan, unveiled Tuesday as part of the administration’s agenda of regulatory actions, likely wouldn’t take effect for several years. The Food and Drug Administration plans to publish a proposed rule in May 2023. Then it would invite public comments before publishing a final rule. Tobacco companies could then sue,...

Read full story
Some content from this outlet may be limited or behind a paywall.
See full media bias rating for Wall Street Journal (News)
From the Right
13268
Public Health
Biden wants to place limits on nicotine levels in cigarettes
New York Post (News) 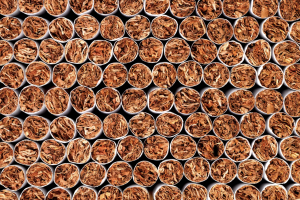 The Biden administration on Tuesday said it wants to cap the amount of nicotine allowed in cigarettes as part of an effort to stem addiction and reduce smoking-related deaths.

The initiative — which is sure to face pushback from the tobacco industry — was announced as part of the White House’s list of planned federal regulatory actions, released twice a year.

“This proposed rule is a tobacco product standard that would establish a maximum nicotine level in cigarettes and certain finished tobacco products,” the administration said. 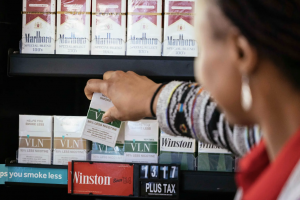 The Food and Drug Administration is planning to require tobacco companies to slash the amount of nicotine in traditional cigarettes to make them less addictive, a move intended to reduce smoking, according to a notice posted Tuesday on a U.S. government website.

According to the notice, “this proposed rule is a tobacco product standard that would establish a maximum nicotine level in cigarettes and certain finished tobacco products. Because tobacco-related harms primarily result from addiction to products that repeatedly expose users to toxins, F.D.A. would take this action to reduce addictiveness...